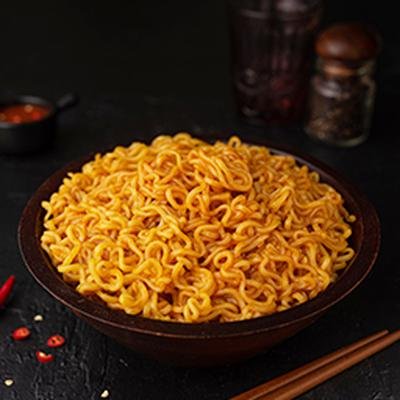 Maggi has been an all-time favorite snack of humans all over the world. This humble comfort food has captured the hearts and souls of folks with its amazing, timeless, and instant recipe. Maggi is made in various manners to suit different taste buds. Right from the streets of snowy hilltops to the small houses, the smell of Maggi has proved to be the symbol of warmth.

Maggi can be twisted with different flavors to enhance the taste of the dish. Pungent flavors of chilly flakes, oregano, and spices are used. The Masala (Tastemaker) is mixed in the dish which glorifies the overall taste. Here is your way to explore the exquisite versions of Maggi.

This is one of the simplest and easiest styles of making Maggi. Masala Maggi is often cooked at a high temperature for it to absorb the water. The Masala (Tastemaker) is then added to the dish. This ensures a smooth blend of the masala with the noodles. The Maggi can then be served hot. At times, coriander or cheese is sprinkled over the Masala Maggi.

Vegetable Maggi receives love from the different regions of the world with unique combinations of veggies and spices. Vegetable Maggi can generally include capsicum, green peas, onions, and tomatoes in the making process. The vegetables have nutrients and add a unique flavor on their own. This addition of vegetables in the Maggi intensifies the overall flavor of the dish. Along with a fresh aroma of veggies, one can enjoy Vegetable Maggi with a fine spread of coriander over it.

Cheese Maggi is surely a delight to have on a good day. Cheese Maggi includes the addition of various types of Cheese to the exotic Maggi. It is generally associated with healthy veggies like capsicum and carrot. Cheddar Cheese is most commonly used in the preparation of this dish. At times, Parmesan cheese can also be included for a great taste!

A great twist to Maggi can be made by incorporating the Chinese style. This is generally done with the inclusion of ingredients used for Chinese food dishes. Purple cabbage along with spring onions provides great texture. The addition of Soya sauce and chilly sauce leaves no doubt for the exotic flavor of Chinese Maggi. This dish can be garnished with crispy fried noodles.

Here comes the Maggi for spice lovers! Spicy Chilly Maggi includes a heavy dose of green chilies to add spice to the dish. The green chilies are added during the boiling process of Maggi. This ensures that the pungent flavor of chilly is absorbed by Maggi. Onions or green peas can again be added for a green color of the dish. Chilly Maggi proves to be a delight for people who love strong seasonings.

You cannot resist having this amazing togetherness of eggs and Maggi. Noodles are cooked and eggs are broken for a perfect whisk. Onions, green chilies, and ginger can also be included in the dish to make it even more heavenly. Once the vegetables along with the eggs are cooked well, this dish can be garnished with finely chopped coriander.

Tomato Maggi is a significant addition of soft tomatoes. This Maggi can be made by sauteing the tomatoes lightly in oil. After this, some water is added and the noodles are allowed to cook along with spices like turmeric, chilly powder, and coriander powder. These spices add a flavorsome twist to the dish. The dish can be topped with fresh coriander and other spices.

Italian Maggi as the name sounds is the great Italian twist done with Maggi. Italian Maggi is generally prepared with a heavenly combination of black olives and Parmesan cheese. It also includes a light gravy of tomatoes to blend with the ingredients. The Tastemaker is then added for the Maggi to have its real flavor in the dish. Italian Maggi can nicely be decorated with basil leaves.

The magical Paneer Maggi is an undeniable flavor of soft and smooth Maggi along with crusty paneer. This dish can simply be made with the inclusion of paneer at the time of boiling or cooked paneer can be added at the end. It also includes some flavorsome vegetables like capsicum and carrots. The addition of smooth paneer gives an exciting taste to the dish.

Soupy Maggi is one of the most loved dishes of kids! Having soup and eating the Maggi simultaneously provides a different kind of tasteful satisfaction. Such a dish can simply be prepared by adding extra water during the cooking process. This water then thickens and blends with the scrumptious taste of the tastemaker. The dish can be garnished with chili flakes or oregano.

Juicy corn works like magic when mixed with Maggi! Corn Maggi can be prepared with the addition of corn which is generally tender and juicy. The corn is generally pre-cooked before the inclusion of it in the Maggi. This pre-cooked corn when added to the Maggi brings a smooth texture to the dish. Some other veggies like onions and tomatoes can be added to the dish. Freshly chopped coriander, chilly flakes, pepper, or butter can be used to garnish this marvelous dish.

Spinach works the best for this awesome combination. Maggi can be cooked with a subtle addition of spinach and cheese which would bring out an appetizing flavor of the dish. Spinach also has health benefits that add on to the nutritional value of the dish. Corn and spices like turmeric and chili powder could be added for a mouth-watering snack.

Salsa Maggi turns out to be an up-gradation to the styles of Maggi. Salsa sauce is generally be prepared with onions, tomatoes, and capsicum. It has some strong spices for a better taste! The salsa sauce is combined with the Maggi for a unique taste. It gives a smooth yet crunchy texture to the dish.

Egg Bhurji has always been a delight! The fellowship of Maggi with Egg bhurji turns out to be quite a palatable snack. Onions and tomatoes are sauteed in oil along with some green chilies. As they become tender, beaten eggs are added to the mixture. They are mixed well till they scramble perfectly. The tastemaker is then added followed by the Maggi noodles. Lime juice and coriander are added at the end for a perfect garnish!

There you go, Chicken lovers! Maggi with an amazing merger of chicken satisfies the soul first and then the hunger. Chicken is cut into smaller pieces along with chopped onions. Chicken along with the veggies is cooked and essential spices are added to the dish. This dish tastes like magic with the addition of lemon juice. Coriander stands out to be the most loved ingredient for garnishing.

What’s better than prawns? Prawn Maggi is a heavenly delight for the mouth. Prawns are initially cooked with spices like turmeric, chilly powder, pepper, and coriander powder. Then they are mixed with cooked Maggi for a perfect blend. Chilli powder can be used in higher doses for a spicy flavor. Lime juice and coriander top the dish. Do enjoy one of the most exquisite versions of Maggi on the list on your next beach trip!

Mushroom Maggi can exclusively be made with the inclusion of tender and tiny mushrooms. It brings a smooth texture to the dish. The mushroom can be pre-cooked with essential spices and seasonings. The cooked mushroom is added to the dish while it is in the process of being cooked. The tastemaker is added when the Maggi is semi-cooked to ensure a perfect blend of tastemakers along with mushrooms. Some other veggies can also be a part of this yummy dish.

13 Local Food Dishes you Must Try out in Chicago

We all know that Chicago is a beautiful place...
Read more
Asia

24 Popular Varieties of Tea in India

India is remarkably diverse in terms of both culture...
Read more
Appetizers

12 Easy Vegetarian Salads To Add To Your Meal

Salads, especially vegetarian salads, are among the most nutritious...
Read more
Asia

Nagpur, a large city in the Indian state of...
Read more
Africa

The delicious savoury breakfast dish is ideal for anyone...
Read more

Sydney, the most populous city in Australia, is among...
Read more
Previous articleThe Art Of Kimchi-Making With 5 Popular Kimchis!
Next article11 Delicious Bread Toast Recipes to Try Out Now