The Fast Food Origins In The USA 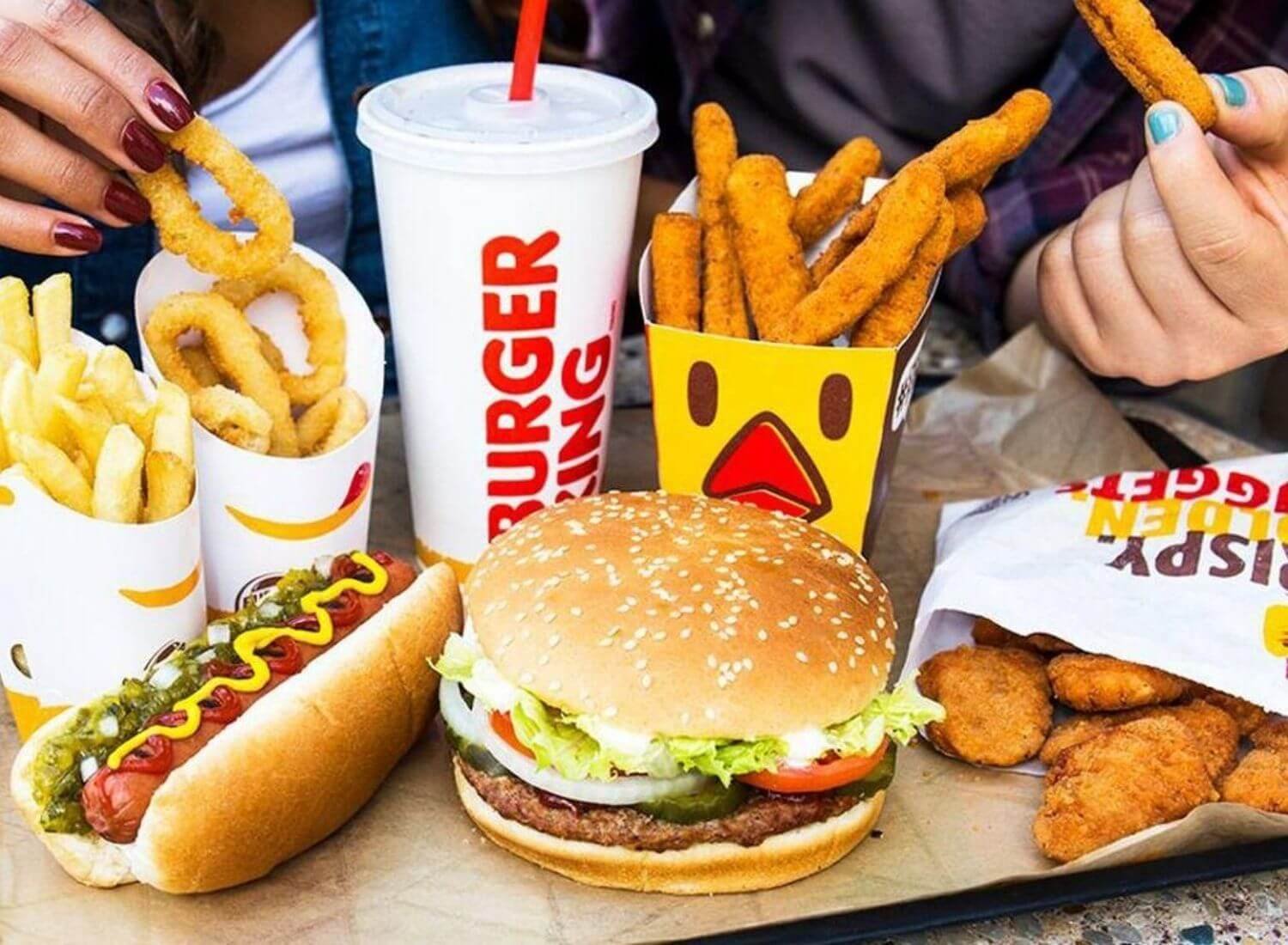 Fast Food has become a big part of our daily lives, but have you ever wondered how, when, or where do the fast food origins lie? The crackle of chewing into the crunchy seasoned fries, the oozing deliciousness of the sauce every time you take a bite of your burger, and the soft cheese melting into your mouth with every pizza slice is a sensation that is missed and craved by many. Can there be anything better? Its quick, delicious, and available at any time you want!

How did it all come to be? How did famous fast food brands like Mc Donalds, KFC, Subway, Starbucks, Dunkin Donuts, Taco Bell, and Pizza Hut all manage to begin? What is their story? How did they manage to space themselves into our day to day life? Where do fast food origins exist? Here’s the story of fast food origins and everything that you need to know about the Fast Food origins in the USA.

Table of Contents show
History And Story Of Fast Food Origins
Timeline: A Fast Look At Fast FoodIn a simpler format, here’s what happened:
The Secret Sauce: Why It Worked
The Memorable Food

Once upon a time, in the far land of the United States of America, there lived a burger in White Castle. No? Nonetheless, White Castle was arguably the very first fast-food restaurant in 1921. While dine-in restaurants catering to travelers and high-end dining areas did exist during the time, White Castle held its position and crushed its competition by selling hamburgers for five cents a piece. White Castle became the first to create a standardized food production system for the masses in terms of fast-food restaurants. Hence, this can be termed to the place of fast food origins in the USA.

Another piece of history points to the opening of a cafeteria named Automat in 1912. Selling small foods behind glass windows and coin-operated slots, the Horn and Hardart, Automat generated an impression with it’s ‘take out’ food and its slogan as, ‘Less Work For Mothers.’ While White Castle is responsible for creating the system that most fast-food chains and restaurants follow, Automat is considered to be a significant influence in the development of Fast Food concept that we know of today.

The 1940s saw the start of a barbecue drive-in by Richard and Maurice McDonald, which eventually grew into one of the biggest fast-food businesses we now know of. But what caused their popularity? What did White Castle use and McDonald’s adopt that allowed them the upper hand in the fast-food industry?

White Castle single-handedly created a supply chain of buns, meat and paper items, and other supplies to their restaurants. They became the first to develop a multi-state hamburger chain of restaurants with a similar or standardized look, feel, and architecture. Between 1923 and 1932, White Castle had already built a construction division, a supply chain, a standardization manual, and a system that became the base of all the fast-food restaurants that came after them.

The “Speedee Service System” created by McDonald’s and inspired by the innovations of Henry Ford, involved opening a self-service stand selling crispy french fries, refreshing shakes, and even coffee as an addition to selling hamburgers after closing down the original drive-in restaurant. While the drive-in restaurant pertained to a customer bracket of travelers, the walk-in stand allowed them to sell their hamburgers to their customers efficiently. So what attracted the crowd?

In a few words, it was Quick Service and Cheap Prices. McDonald’s sold hamburgers 15 cents a piece, which were almost half to a Diner’s charge, wrapped in disposable paper bags in little time and for easy use.

However, that wasn’t enough. The competition had begun emerging and so had McDonald’s reach within the broad spectrum of the un-attempted fast food industry. It intrigued Ray Kroc, a salesman of Prince Castle, a restaurant equipment manufacturer that McDonald’s had placed not an order of 1-2 milkshake blending machines but almost a dozen units!

In 1954, it was still quite unusual for a restaurant to place an order as large so Kroc traveled all the way from California, driven by curiosity and upon visitation, signed a franchise agreement in order to open restaurants in Illinois. Kroc later acquired the McDonalds brand and reformed it with his touch. Around the same time, James McLamore and David Edgerton, who saw potential in the original McDonalds’ stand, invested in Insta-Broiler later renamed as Burger King.

Timeline: A Fast Look At Fast Food
In a simpler format, here’s what happened:

1912: The Automat inaugurated the concept of Fast Food with its cafeteria.

1916: The beginning of White Castle laid the foundation for modern-day Fast Food Restaurants.

1948: In-N-Out Burger created a drive-through service that generated a buzz.

1952: Kentucky Fried Chicken came to be in Salt Lake, Utah.

The Secret Sauce: Why It Worked

The Fast Food Industry bloomed for three main reasons: Low Price, Quick Service, and Consistency. Throughout the Great Depression and World War 2, the public favored home-cooked meals. Nonetheless, the post-war period brought the onset of the trend of eating outside home as people who had previously suffered during the war began spending on items and services outside the necessity.

Women took to work, and with the family functioning on both ends, the way they ate began to change. Dining out came to be seen as a form of entertainment, and the car culture reigned in 1950s America, bringing to life everything that was drive-through.

And the thing that gave fast food an extra edge over home-cooked food was the secret sauce in which almost every food was dipped. Well, it was the tomato sauce. The secret is also in the timeliness of the concept and the cleanliness in its execution, literally. White Castle, as well as Kroc, believed firmly in hygiene. Americans had grown aware of issues concerning food safety and health problems.

Kroc’s firm intentions in maintaining hygiene involved personally hosing down garbage bins and installing glass windows to show customers how their food was prepared and it only worked in their favor by differentiating McDonald’s from its competitors.

The modern world did not discern between Mexican, Italian, or even Indian as fast food broadened beyond its hamburger era. In several areas, in diverse ways, fast food thrived as a concept and seized many forms. In India, few names include Idli and Dosa at the South, a Misal-Pav or a Vada-Pav in Maharashtra, Pav-Bhaji in other areas, Chole-Bhature in the North and Litti-Chokha in the states like Bihar and Jharkhand.

Greasy or fattening it may be, but the delightful taste of the ever-growing tradition of Fast Food remains indomitable, being the very essence of the fast-food industry!

Korean dishes are the must cooking traditions and practices...
Read more
Asia

Indian Snacks and Candies have been iconic in their...
Read more
Appetizers

To beat this summer heat, one needs to have...
Read more

So you are planning to jet off to Miami....
Read more
Previous article
13 Authentic Indian Thalis You Can’t Miss out
Next article
7 Exciting Delhi Food Hotspots To Check Out Soon!