17 Most Popular kinds of cheese Around The World 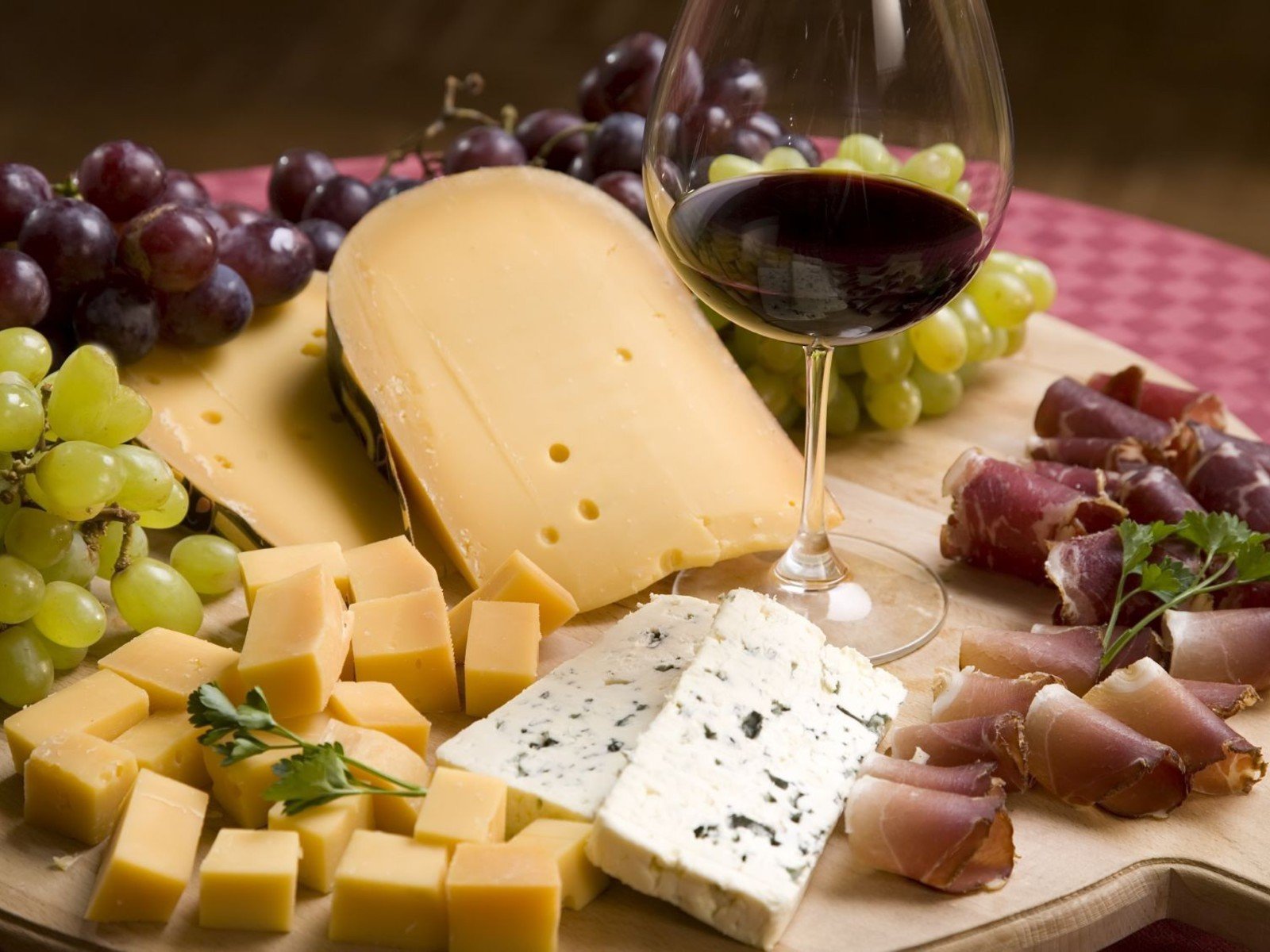 Cheeseboard is a popular tradition around the world wherein varieties of cheese are served with wine along with grapes or crackers. There are over a thousand varieties of cheese and they differ in flavour, texture, origin, and style. It has to be one of the most diverse dairy products. So for the love of Cheese, here is a list of the most popular cheeses around the world.

17 Most Popular kinds of cheese Around The World

A traditional Italian cheese made from buffalo’s milk. Mozzare in Neopolitan means ‘to cut off’. It hails from a region called Campania. The first time that this term was ever mentioned was in a cookbook written by Bartolomeo Scappi. The variants of Mozzarella differ in the milk used, such as cow’s milk, sheep’s milk, or goat’s milk. It is very popular and is an essential ingredient in Caprese Salad and pizzas. It tastes best with white wines.

First produced in a village called Cheddar in England, this cheese is now popular around the world. The village has a lot of caves which have served a perfect temperature for maturing the cheese. It is a hard cheese and is usually pale yellow in color. Joseph Harding, a dairyman famously known as ‘the father of Cheddar cheese’, introduced modern cheese-making techniques. ‘Joseph Harding Method’ was the first modern method to produce Cheddar cheese.

A typical Swiss cheese, Emmental is produced from unpasteurized cow’s milk. It has marble-sized holes in them and a very smooth texture. It tastes tangy and has the aromas of fresh hay. The name Emmental comes from the river Emme in the canton of Bern. Historically this cheese was avoided because the holes in them would indicate imperfection. It is a key ingredient in the preparation of fondue.

This one tastes unique and interesting. Depending on the stage of maturity, it tastes differently. When it is young, it has a fruity sweet taste, and it tastes almost granular when it ages. It is either cut into cubes to be eaten as a snack or it is used in making sandwiches. It is Dutch cheese which is semi-hard and it is made in the shape of a flattened wheel. It is named after the city of Gouda in Holland where it was usually traded.

Brownish and grainy on the outside and pale yellow on the inside, Gruyere needs 120 days to mature in a cellar. It needs that time to develop the aromas and flavors that is it today popular for. Gruyere melts easily which makes it easier to add in dishes or just to eat raw. It has the aroma of hazelnuts and caramelized apples. While making this, cow’s milk is cooked and then pressed. Tasted best when accompanied with light red wine.

Gorgonzola is a type of blue cheese that was first produced in Gorgonzola, a town in Lombardian, Italy. The reason it has blue veining is that the milk is inculcated with penicillin spores. The usage of the cheese is rather versatile. It can be used as pasta sauce, into risottos or over vegetable or fruit salads. There are actually two varieties of Gorgonzola. Gorgonzola Dolce is soft and creamy and has the flavor of sour cream. Gorgonzola Piccante is firm and crumbly.

Hailing from Denmark, Havarti needs at least three months to mature when small holes show up on it. The more the cheese matures, the more intense are the flavors and aroma. With age, it tastes more like a hazelnut. It is produced by moulding and melting curd, which is why it is popularly known as the ‘pumped-curd cheese’. Havarti also comes in flavors of coconut, cranberry, and bacon, etc.

Considered one of the best quality cheeses in the world, Parmigiano Reggiano is made from fresh, semi-skimmed milk from cows that graze on fresh grass and hay. Based on how long the cheese has aged, it has a rough, coarse texture and its flavors vary from nutty to strong and mildly piquant. It is good for grating pasta, minestrone and eaten, but can also be loved as a table cheese.

The flat cheese is coated in white mould and has a soft rind. It ripens for a minimum of four weeks in cellars on straw mats in the Île-de-France district of Paris. To enjoy its variety of flavors-moldy, nutty, and fruity-it is essential to let the Brie achieve room temperature before eating. You can always accompany it with Champagne or red wine.

Feta is Greek’s most popular cheese, affectionately named ‘the princess of cheeses.’ Feta is made of big square or triangular molds and stored in brine-filled wooden barrels or tin containers to maintain the cheese fresh and maintain its acidity. The term feta in Greek means slice, which is apt because of the form it takes once the curd is sliced.

It originates from India and Bangladesh and was listed in the Vedas. Its name derives from both the Persian and Turkish word ‘peynir’ meaning cheese. Paneer is popular in Indian dishes such as saag paneer, shahi paneer, and mattar paneer. Its smoother, crumbler version called chenna is also used to make a number of popular desserts like rasgulla and Sandesh for example.

This is an important ingredient in desserts such as cheesecake, zabaglione, and tiramisu. Mascarpone is sometimes combined with coffee or chocolate, but it may also be used with mustard, fresh herbs, or anchovies in savory dishes. The name was a variation from the Spanish term “mas que bueno”, which means better than good. Tastes best with honey and the citrus apple slices.

Roquefort is among France’s best cheeses, made from sheep’s full-fat, unpasteurized milk. It has blue veins that are scattered across its body, formed from the Penicillium roqueforti spores before pressing the cheese. It was Emperor Charlemagne’s pick, and it’s called the ‘kings’ and popes’ cheese. Roquefort pairs well with figs, almonds, soft white wines, and good red wines.

A farmer’s woman named Marie Harel, as the story goes, sheltered a priest and in exchange, he gave her the Camembert recipe that we know today. Camembert is normally sealed in a small wooden shell, to keep the gooey interior from escaping and overflowing. Trying it with sliced bananas, crusty baguettes, hard ciders or even desserts is great. It tastes like mushroom and grass and smells like a cabbage.

The Paski sir is a solid Croatian cheese from Pag Island. The rough bura wind shuffles the island with sea salt, flavoring different herbs on which the sheep graze, resulting in a special taste to their milk. This award-winning cheese has a warm, grainy, crumbly feel and a tangy, saline flavour. The cheese is then coated with ash and olive oil and left to ripen for four months.

The cheese is known for its stringy texture. It has a savory, crispy, moderate, buttery flavor, which makes it perfect for quesadillas, empanadas, and tlayudas. It is named after the state of Oaxaca, where it was first manufactured in southern Mexico. The cheesemaking method for pasta filata, originally from Italy, was introduced to Mexico by Dominican friars, who settled in Oaxaca province.

Interesting fact: People who love cheese are called Turophiles. So if you are one, thank the cheese Gods!

A beautiful island located in the south of East...
Read more
Asia

Dairy plays a key in the creation of many...
Read more
Asia

The U.S. state of Virginia has a cuisine perfected...
Read more
Beverages

Wine is a pure reflection of its terroir, and no other single product sums up its cultural, geographical, and historical origins in quite the same way. Each harvest yields wines that are the culmination of different climatic and human processes, so no two wines are ever identical. Wine is as simple or as complex as you wish: on one level it can be an immediate sensory pleasure, or, at a deeper level, the embodiment of a piece of land and a moment in time. So, In this article, we are going to discuss about the wines of the world.
Read more

Somalia, located in the Horn of Africa, is an...
Read more
Previous article
Top 10 Best Classic French Bread
Next article
15 Varieties of Momos you can try out in Delhi