Traveling at times turns hectic, especially when you travel over regional boundaries. In India, where culture and attire change with every kilometer we bring you the yummiest and finger-licking food while traveling by train. There are a few railway stations in India which will make your traveling tastier. Foodies must definitely try these quickies because for die heart food fans food that holds the real taste of the native place is equivalent to experience heaven through a satisfying tummy while being on earth. Here is the list of quickies you can relish while you are at these 10 Railway stations in India.

The best and the most delicious street food found in Howrah is these lips smacking chicken cutlets. For non-vegetarians, the best cutlets can be tasted at Howrah’s Railway station. These are cheap in price and best in taste. They are the most chatpate cutlets you’ll ever experience in your life while traveling.

Maddur Vada named after the town Maddur which is 60 km from Mysore. The Vada was named after the city but its taste its crispiness made the town famous because of it now. The basic ingredient comprising of onion and Rava (Semolina) makes it the way it is, DELICIOUS. The secret ingredient that makes it so much in demand is the manner that they blend it with onion juice instead of water and this definitely is its USP. It’s a must-try delicacy.

The urad dal(black gram) vada’s of Vijayawada are the fried balls which have the tangiest, spicy and hot taste of chilies of Vijayawada. Even though they are found everywhere there i.e. even on streets and railway station still they have the mom’s magic coated over them. To know the real taste of spices of Andhra Pardesh these Dal Vada are mandatory to eat.

Aloo Tikki is eaten in India everywhere it is the most easily available street food in India. But the hot steaming aloo tikkis of this small railway station is really worth your try. While in the train if you are feeling hungry and your train stops at Tundla even for 10 minutes these Aloo Tikkis with green chutney can definitely refresh your mood and satisfy your taste buds. 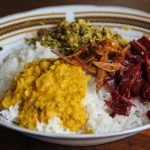 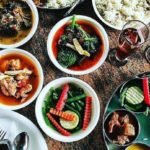