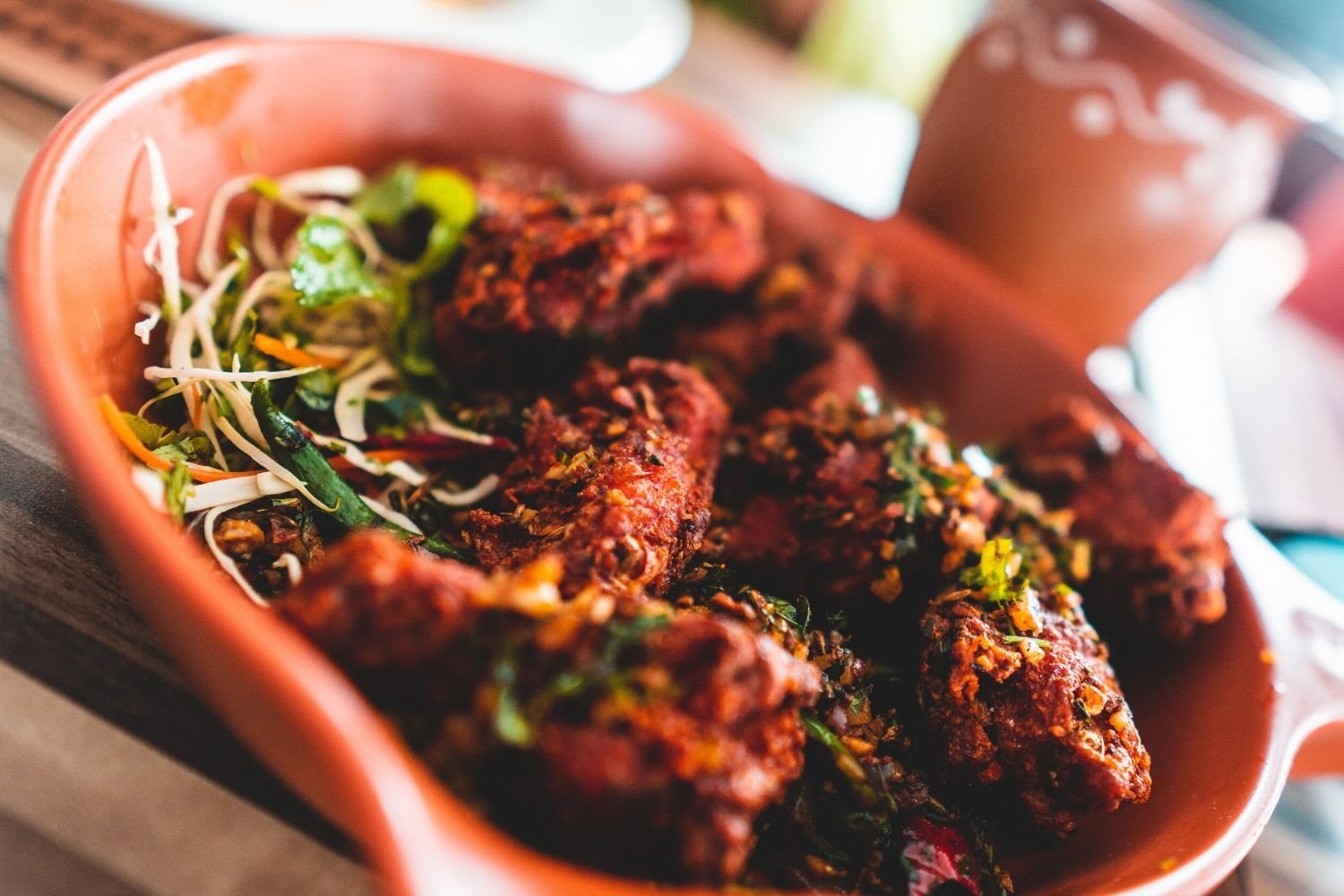 The Parsis ethnically belong to Iran moved out after the Arab invasion and settled on the coast of Gujarat and Maharashtra. Their cuisine is the epitome of a sweet and spicy combination of food. You must have surely heard of bun maska and Irani chai, but the Parsi cuisine is more than that. Therefore, here is a list of 10 Parsi dishes that you MUST TRY!

This one is a fish on a banana leaf. The fish is smeared with coconut green chutney and wrapped in a banana leaf and steamed. The banana leaf gives a delicious flavor and smell to it. Different versions of Patra ni Macchi exist in Goa, Odisha, and West Bengal. It is the most popular dish during Parsi weddings.

Interestingly, the name basically means ‘wedding-custard’. Traditionally, custard has always been very important in Persian cuisine. This has a nutty flavor and is absolutely delectable. Lagan nu Custard has the most basic ingredients such as butter, egg, milk, and nuts. It is also known to be the Parsi version of crème Brulee.

Dhansak, unlike other Parsi dishes, is a dish that is never made at festivals and weddings. It is a dish prepared on the fourth day after the death of a family member. Meat is not consumed the first three days of the death, therefore dhansak breaks this on the fourth day. It is prepared with mutton and usually four types of lentils. It tastes best with brown rice.

A popular dessert during religious occasions, the best Malido is only found in Agiary (fire temple). It was usually prepared by the priests’ wife in the temple and served during religious celebrations but now it can be available anywhere. With no doubt, it is filled with nuts. It is similar to the Rajasthani dish Churma and Bohri dish Maleeda.

Chicken Farcha is the Parsi version of the American fried chicken, but only tastier and more flavorful. Apparently, this dish has a secret spice that goes into it. It tastes best when accompanied by a mint chutney and is mostly consumed as an appetizer although it can be used in curries and dals.

Yet another popular wedding dish. Saas ni machhi is a white curry with fish. Saas actually is derived from the word ‘sauce’. The ingredients that make saas ni machhi different from the other curries are the egg-sugar-vinegar mixture that is added to the curry, in the end, contributing a flavor that is just magical. Tastes heavenly when eaten with basmati rice.

Akuri is a famous scrambled egg dish in the Parsi cuisine. It is a very common Parsi breakfast and is creamy-spicy. Interestingly, you can make it spicy or savory or even sweet. And apparently the pan that you prepare it in, makes a huge difference. Most Parsi homes use a traditional pan to cook Akuri. It is mostly had with soft pav or tawa paratha. It can even be stuffed in a roti or can be eaten like a taco.

On the day of Ava Roj or Ava Mahinoh, Parsis go the sea or other water bodies because they believe that water nourishes their bodies. They then, pray to the water and then eat the pori. Dar ni Pori is essentially a pastry containing a mixture of sweet lentils and dried fruits, served at tea-time, or as a breakfast treat.

Berry Pulao is a perfect mix of rice, dried cranberries, and spices. It is extremely flavorful and filling. It was actually invented in India, unlike other Parsi dishes that are influenced by the Iranian and Persian cuisine. Zereshk berries are used that are very popular for the flavor that brings out in a dish.

So beg your Parsi friends to treat you with all these Parsi dishes. And let us know how it goes.

The city in the Thar Desert of the northwest...
Read more
Asia

Hot Chocolate is a satisfying and comforting drink that...
Read more

So you are planning to jet off to Miami....
Read more
Previous article
Top 15 Street Food You must try out in Gurgaon
Next article
Top 16 World Spiciest Vegetarian Dishes To Try!