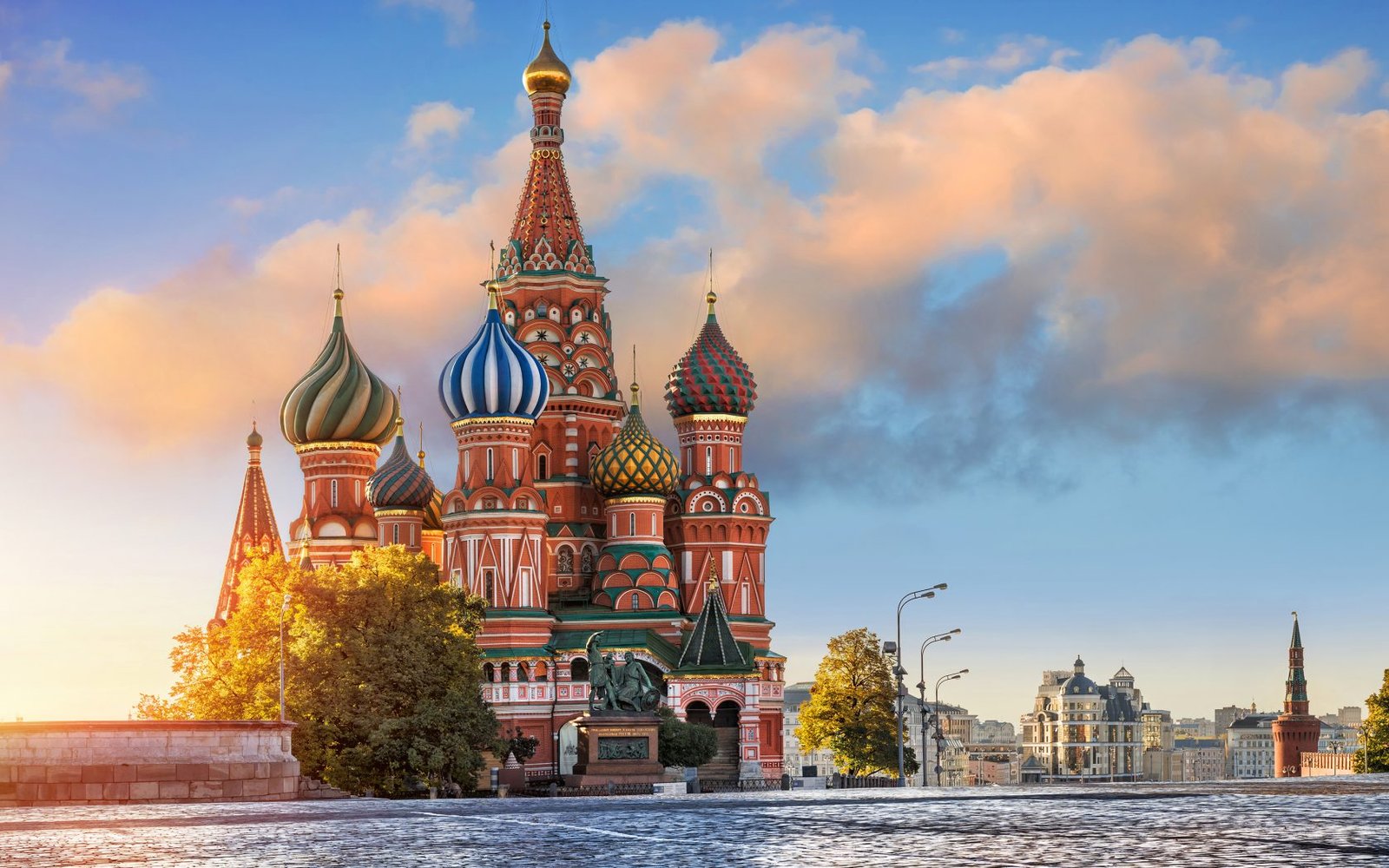 Russia’s capital, though known for its amazing architecture and infrastructure is also a great place for its local food. Moscow people believe that their local food is not about their traditional recipes but about foods from different places around the world that they make in their own special ways.  Visitors are generally surprised at how Moscow has varieties of flavors and cuisines to offer.

There’s much more to Borscht than beetroot. It is a beetroot soup that originated in Ukraine which is full of meat and sauteed vegetables and is served with a piece of rye or garlic bread topped with melted cheese. It is a soup that includes veggies like carrots, onions, cabbages, and potatoes, which is served hot or cold but tastes best when served with sour cream on top. The sour cream balances out the sweetness and the red of the beet look incredibly pretty.

What is better than having a delicious sweet salad before a full Russian meal? The answer is a Russian Salad called Olivie. It is an amazing dish, for it is simple and tastes just like ‘home’. It is prepared in different ways. It is considered to be the most quintessential of all Russian salads. The main ingredients are potatoes, pickles, bologna, eggs, carrots, and other vegetables that are swimming in the gigantic mountain of mayonnaise. Well because it is a salad, don’t believe that it won’t add a few inches to your circumference.

It is a typical, traditional yet stylish Russian cabbage soup. It is generally made of cabbage that is usually fermented or raw, mixed with red wine vinegar, butter and onions, potatoes, and carrots. It might include meat or chicken, sometimes fish too. It is a perfect sweet and sour combination that is usually eaten as a starter before a meal. To make it spicy, bay leaf and pepper are added. Mushroom, flour and other spices are to be added to enhance the taste.

A puff pastry that has been given different names by the people of Russia, it is a filling dish. A pastry that consists of individual-sized pieces either baked or fried and stuffed with a variety of fillings. They usually use sourdoughs that are filled with potatoes. The main ingredients are generally minced meat, onions, eggs, cabbage, diamonds or unicorns. Enjoyed as a snack, they also have options of sweet-based fillings that include fruit, jam or cottage cheese. Considered to be one of the cheapest snacks, it is a sweet and savory dish that you must try.

Pelmeni aka Russian meat dumplings are the national dish of Russia. They are pastry like dumplings, originated from Siberia, that is traditionally filled with pork, beef or lamb. Dumplings are made from thin, unleavened dough, which is filled with minced meat, onions, mushrooms, and sometimes turnip. They can be served alone or slathered with butter, topped with sour cream. If one has a sweet tooth or is vegetarian, they can have vareniki which is filled with potatoes, apple puree, and sweet cottage cheese.

Well, guess what is the secret to the Autumn nights of Moscow? The answer is smokey hot Russian kebabs knowns as Shashliks. Like any other kebabs, they also consist of cubes of meat and veggies grilled with skewers. Russians usually prefer pork to be the main ingredient, that is marinated on the pan, and deep-fried, then the veggies are added to make it tastier. These kebabs are generally enjoyed with regional sauce and are a type of snack eaten in Moscow. Shashliks are generally cooked over a wood fire and grilled until brown and tossed with herb leaves to enhance the flavor. One can find tiny restaurants called shashlichnaya, that are incredibly famous for their shashliks.

A hearty, thick, spicy, and sour Russian soup, this is your perfect start to an awesome meal. It consists of chunks of meat, sausages, smoked meat, mushrooms, pickles, black olives, and potatoes. Chopped pickles and traditional herbs along with garnished sliced lemons play an important role in giving a sour taste to this dish. It can be made by using fish and cucumber too with a pinch of garlic, tomatoes, peppers, and whatnot. Often served with sour cream, sauces, slices of lemon and dill, this dish tastes best if you have a side dish that belongs to the bread family.

These are cabbage leaves that have meatballs of lean protein (beef or pork) that taste like a perfect meal in Moscow. Shredded meat or minced beef is wrapped in cabbage leaves, steamed/boiled. Though it is a non-vegetarian dish, for vegetarians they have the option of adding mushrooms and rice as their main ingredients. Various ingredients can be added and also depending on which part o Moscow you are in. So go ahead and try it as you’ll either be completely enamored or might hate it, there’s no in-between.

It is a Russian dish that consists of pieces of meat sauteed in butter, white wine, mustard, onions, sour cream called ‘smetana’ and eating one from the Russian source is something that you would expect. Beef is cut into little strips that are dipped in a creamy sauce with tomatoes and mushrooms, often served with rice, potatoes or noodles. Wholesome and hearty, this dish is a no-fuss. Since eaten all around the world, it can be prepared by making variations to the original dish.

Thin crepe-like Russian pancake rolled with various fillings is the most amazing dish you’ll find in Russia. They’re made from either buckwheat or wheat flour that is turned into an unleavened dough usually topped with whipped cream and chocolate syrup. The variety of fillings added to this dish include jam, sour cream, minced beef, caviar, butter, fruits, and dry fruits. Although they are cooked on the round frying pan, they are never in shape and that is the beauty of it. They’re folded into triangles and you just can’t stop eating them.

An immunity-boosting drink, with its tangy yet sweet taste, nutrient-loaded along with medicinal qualities are the reason why the locals are crazy about it. It is made of rye or bread and contains malt, just like beer. It is a fermented drink with slight carbonation, which contains a slight amount of alcohol but still is not considered to be an alcoholic beverage. And also this drink is filled with magnesium, phosphorus, amino acids, Vitamin C and B, and the very rare B12. So just think what will it be like to have a drink that has a pinch of alcohol and moreover, super health benefits.

Russians have their own way of making ice cream. They’re really good at making a creamy ice cream full of fresh pure milk. The same type of ice cream is available in the USA, however, if you taste this one, you’ll realize how the one found in Russia, is so tasty. It has a variety of ingredients like strawberries, vanilla, nuts, chocolate, dry fruits, and other toppings. Cold and creamy, it is sprinkled with dark chocolate and other types of syrups. Russians love their ice creams more than they like their vodka, therefore, one must try it.

Don’t we all love desserts? Yes! We do. When in Moscow, do not forget to try the typical traditional Russian cheesecake called Pashka. It is a Russian dish that is made of cream cheese, almonds, fruits, butter, eggs and other ingredients that are formed in a manner that has a gooey taste and almost melts in your mouth. The ingredient that the locals add to their paskha to make it even tastier is the perfect blend of vanilla. At the time of festivity, Pashka is paired with Kulich, a lightly sweet soft yeast cake. 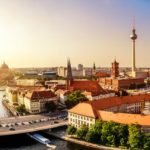 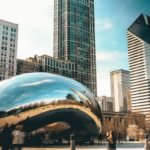