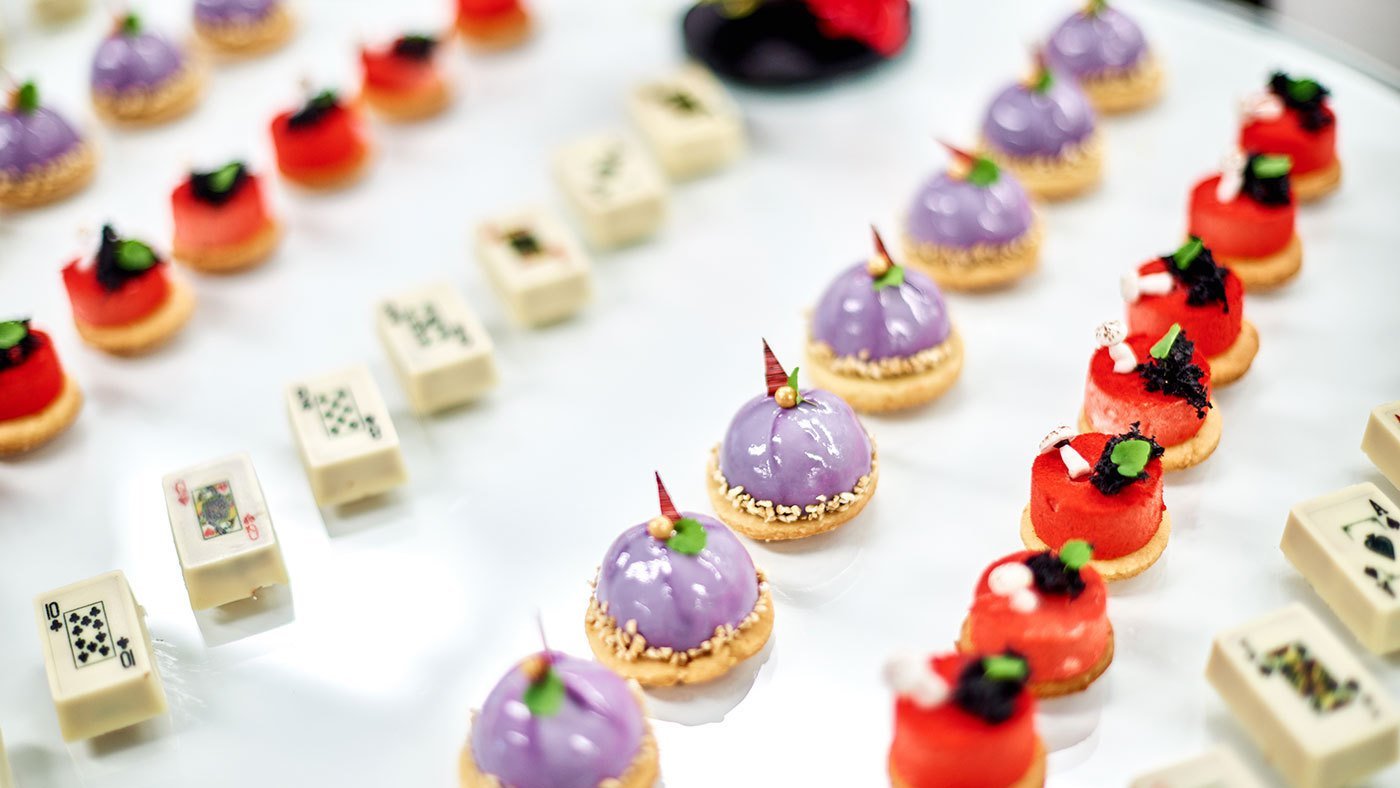 Chocolate has been made in Switzerland since the 18th century and the Swiss are the largest consumers of chocolate as well. But don’t let that fool you. Despite that fact, most of their traditional desserts do not contain chocolate at all! Their main components are usually hazelnuts, oranges, Kirsch (cherry liqueur) and so on. That said, don’t be disappointed because here is a guide to the lovely Swiss desserts that won’t let you down.

Aargauer Rüeblitorte is basically a carrot cake. This Swiss carrot cake is light, fluffy, and loaded with almonds. The batter is bound together with whipped egg white and breadcrumbs. Finally, the top is coated with a lemon glaze, then decorated with marzipan carrots. This is a light and not overly sweet cake. Perfect to accompany tea.

These spiced cookies are an important part of Christmas in Germany. The Basler Läckerli is a traditional hard biscuit that is spiced. It is made of honey, hazelnuts, almonds, candied peel, and Kirsch. The dough is flat and baked and is cut into rectangular pieces when it is hot. It is then topped with a sugar glaze.

Despite its name, it is not blue. The blue cake is a buttered pastry and looks very airy. It consists of puff pastry with no other filling or ingredients. Blauer Kuchenis is made only by professional bakers from a dough of flour, butter, water, and salt. Blue cake is eaten as a snack with meat or as breakfast. It has a light and buttery taste.

Milchreis is the German version of rice pudding, made by cooking short-grain rice on the stovetop in milk with sugar and vanilla. Milchreis is usually served as a sweet main dish with fruit or compote or simply with sugar and cinnamon on top. It makes for a great breakfast or snack.

Eiskaffee is German for ice-cream coffee. It is very simple to make. It is great during summers, especially when you crave coffee but can’t have it hot. It is almost like a root beer float, with a lot less sweetness and fewer calories as well.

A light and fluffy cake that is full of Ziger. Ziger is also known as “sérac” and it is made from whey, a byproduct of cheesemaking. The ziger makes the cake drier than it would be if it was made with ricotta instead.

The Basler Kirschenbrottorte is a cherry bread cake from Basel. It’s basically a huge bread pudding, filled with cherries. It can be accompanied well with fluffy whipped cream, ice cream or vanilla yoghurt.

They are made with butter, golden syrup, cocoa powder, salt, vanilla, and puffed spelt (Dinkelpops). Spelt is a light grain that is easy to digest. Dinkelpops are puffed, and at times sweetened, versions of spelt that can be transformed into these chewy bars.

Tarte au vin cuit is basically cooked wine tart, and yes, it is as delicious as it sounds. Cooked wine is obtained from apples, pears or grapes.

This is a sweet custard made from apples. it is a classic from the eastern part of Switzerland. The custard can be had plain or even topped with popped corn.

Gebrannte mandeln is German candied almonds. The almonds are cooked in a certain way so that they end up coated in sugar which is brown and crunchy. It is a popular fair snack, especially during Christmas.

These are Swiss chocolate wafers, almost like “Kit-Kat”. It is the ideal snack for when one is travelling. It comes in a variety of different sizes. The company assures you that these wafers are bite-sized happiness.

Brönnti Crème is a classic Swiss dessert. You’ll find it on menus everywhere. The sugar is caramelized in advance and inserted into the cream, of which there is more in this dessert compared to other classic caramel desserts.

Osterfladen is a rice or semolina (rava) pudding, baked in a pastry shell. It is sold just before Easter in Swiss bakeries. The filling is quite unusual, with creamy rice, lemon and a lick of jam at the bottom. Icing sugar is used to decorate it.

Birnbrot is a traditional pastry with a filling of dried pears. Alongside dried pears, the filling also contains raisins, walnuts and other dried fruits such as apples or figs. The filling is flavored with candied fruit, coriander, cinnamon, star anise, anise, clove, and alcohol. It is a great Christmas bread.

Meitschibei is a Swiss Hazelnut Horseshoe Pastry. They are pastries made with a sweetened hazelnut filling and are formed into the shape of a horseshoe. The filling consists of hazelnuts, powdered sugar, orange zest, cinnamon, butter, and egg. It is ideally served warm.

The Bündner Nusstorte, also known as Engadiner Nusstorte, is a traditional sweet, caramelized nut-filled pastry (generally walnut) from Switzerland. The Nusstorte has a buttery crust and filling of cream and nuts. It is loaded with calories. They are usually cut into pieces and eaten as dessert along with tea and coffee. The Nusstorte will remain fresh for several months.

Magenbrot is a small and sweet glazed biscuit that is a lot like a gingerbread cookie. The name directly translates to “stomach-bread” because it can improve digestion. Magenbrot is known for its bread slice shape in Switzerland. This pastry consists of star anise, cinnamon, cloves, and nutmeg and is sweetened using honey and sugar. Candied orange, lemon peel, and hazelnut are added for flavour. It is generally prepared in two days.

13 Vegetarian Korean Recipes you can try out.

Brazil is a colourful country with its cuisine as...
Read more
Asia

11 Street Food Dishes to try out in Chandni Chowk

Are you a street food lover? Want to taste...
Read more
Asia

Superfoods are those varieties of foods that are nutritionally...
Read more
Previous article
9 Best Food joints to visit when in Bangalore
Next article
16 Traditional Desserts You Must Try When In Kerala