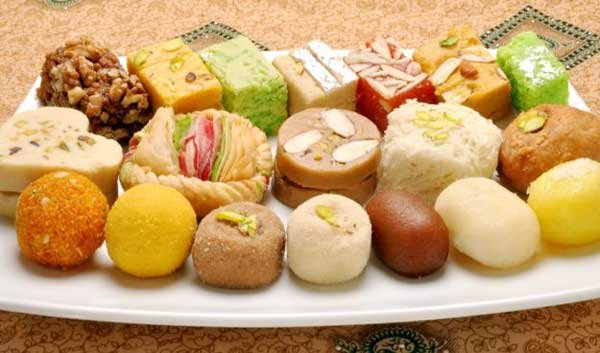 Bengal perhaps is the only state in India to have its distinction where every town and region is well known for their sweet dishes. Be it any sweet dish, one will fall in love with it instantly. The culinary style of originating in Bengal is the Bengali cuisine, apart from the luscious sweet dishes more emphasis is laid on fish, vegetables and lentils served with rice as a staple diet.

Moreover, Bengali cuisine is known for its variety of flavors spread in its desserts and sweet dishes which are popular all around the world.

Bonde literally means ‘droplets’ as it is also spelled as Boondi in other parts of India. In Kolkata, while visiting the sweet shops one could notice the yellow or orange piles of Boondi stored. It looks so delicious and yummy and forms to be an important aspect of the Bengali breakfast. Bengalis strongly believe that their breakfast is incomplete without Bonde. It is quite easy to prepare. Bonde is generally used to make laddoos which are named as Motichoor Laddoos but are less popular in the Bengali culture. Recently, Bonde serves its purpose in the preparation of salad and many other savoured dishes.

Chhena Jalebi is prepared in a similar manner as that of our regular jalebis which are popular throughout India. Here, chhena (cottage cheese) is the main and basic ingredient used. The chhena is well moulded and shaped, before its deep-fried. These are usually dipped in sugar syrup and served with rabri. Chhena Jalebi is an authentic dessert dish quite popular in North India.

Chhena Kheeri is quite similar to the regular Kheer but the only difference is that the Bengalis are prone to add deep-fried cubes of chhena cheese to the already existing mixture. Milk, thick sev and sugar are essential in the preparation of this dish. Milk is evaporated and also it is important to keep stirring as the chhena needs to get into its most thick consistency, The mixture is served hot, in a bowl seasoned with dry fruits and saffron.

Cham Cham is considered the traditional sweet dish of Bengali cuisine. It is oval-shaped, prepared from a mixture of milk, flour/cream and sugar. This cuisine is famous all over India and Pakistan. Cham Cham usually comes in a variety of colours like light pink, lemon yellow and white but another type has evolved which comes from modern-day Bangladesh which has a brownish shade and is fully sugar quoted. While serving Cham Cham it is garnished using nuts, coconut or mawa flakes.

Kalojam is considered to be another traditional Bengali sweet dish. ” Kalojam” the name itself suggests the colour of these oval or spherical shaped sweets. These are basically prepared flour dumplings that have to be deep-fried till they get a dark brown colour and are fully cooked. These are spongy from the inside but are tasteless unless they are soaked in sugar syrup. Sometimes these kalojams have another variety that follows the same procedure of cooking it but only has a colourful filling in its interior giving it a holistic look altogether.

Malpua can be called another version of pancakes. It is considered a dessert primarily because of its sweet taste and sticky appearance. Malpua is popular in India, Nepal and Bangladesh. The main ingredients for preparing this sweet dish consists mainly of plain flour, rice flour and sugar. The pound for Malpua is prepared using riped bananas which are crushed with milk, flour and water. The mixture is then deep-fried and served hot. There exists no difference between Malpua and a Bengali Malpua unless the Bengalis add their special flavours to the dish.

The word ‘mihi’ practically means fine and ‘dana’ means grains. Mihidana in the literal sense is the micro version of traditional Bengali bonde. Mihidana traces its origin from West Bengal, India. Saffron is the main ingredient used to garnish Mihidana. This dish is used as a prasad (religious offering) in temples. It is said that Mihidana and Sitabhog go hand in hand.

Milk Cake is the classic and simple Indian sweet dish that is easy to make using just two ingredients, milk and sugar. It is an authentic Bengali sweet dish to soothe each one’s tastebuds. Indians considered milk cake to be the most hygienic sweet dish because of the easy procedure to prepare as the ingredients required for its preparation are also easily available at home and can be added as per one’s choice. Nobody can deny the fact that milk cake is the most creamy and over-sentimental Indian sweet and yes if you are a sweet lover this cake will surely please your tastebuds.

Mishti Doi is the literal version of yoghurt which is made with the process of fermentation. Mishti Doi got its name since it falls under the category of Bengali cultural cuisine. It differs from plain yoghurt because of its technique of preparation. This sweet dish has its special position in the Bengali culture and is always served in mud containers often garnished with nuts or saffron.

Rabri originated from the Indian subcontinent itself. It is made by boiling milk for a long time until its colour changes. Milk is an essential element in the preparation of rabri. The addition of sugar, spices and toppings of nuts and saffron gives this sweet dish a different flavour. This dish has been bogged down with new variations by adding up spices and making your own flavours. Rabri is chilled and then served. Rabri seems to have been formed as an important ingredient for various other sweet dishes like jalebis, kheer etc. A similar dish goes by the name of ‘Basundi’ in the Gujarati culture.

Rajbhog is quite similar to ragullas, but a little larger in size as compared to rasgullas. They look like cheeseballs moreover because of their spherical appearance as also the colour and the flavour they acquire. The most common flavour of this sweet dish is saffron and this is the main reason for its yellow colour. After the Rajbhog is primarily cooked and ready it is soaked in rose/sugar syrup and served with garnished nuts or saffron.

Rasgulla is considered the main dish of all the regions ranging from Odisha to Bangladesh. It is made from ball-shaped dumplings of cottage cheese and dough. After the ball is fully cooked, it is soaked in the syrup to give it a sugary sweet taste. Bengali rasgullas are pure white in colour, unlike the Pahala rasgullas which vary in terms of colour with the Bengali Rasgullas. These spongy rasgullas are served with thick-sliced pistachios or saffron garnished on its top.

Rasmalai gained popularity from the Bengal region of the Indian subcontinent. This dish is quite juicy as it has been named. It has been largely described as ‘a cheesecake without crust’ because of its juicy and creamy mixture. Rasmalai consists of light flattened balls of cottage cheese soaked in the cream(malai) and then flavoured with a particular spice as per preference and then garnished with nuts and tooty-fruity pieces as flavouring ingredients. Rasmalai is a popular Bengali sweet dish that has received a modern variation called Angoori Rasmalai which consists of grape-like cottage cheese balls soaked in malai.

Sitabhog literally has the appearance of a pulao because of the white rice mixed with small pieces of Gulab jamun. The white rice is sweet in taste as also the gulab jamun is as the cottage cheese balls are soaked in sugar syrup. Sitabhog earlier was prepared using rice and gulab jamun and was kept simple with no additions to it but now has received variations in terms of flavours added to it and also add dry fruits and nuts to the mixture are preferred these days to give the dish and complete new identity.

Lyangcha is another version of kalojamun and Gulab Jamun which is a traditionally important dish in Odisha, Assam and West Bengal. Traditionally it is said that Lyangcha is made from khoya ( a form of solid milk) but sometimes khoya is replaced by milk powder as its substitute. the only difference between gulab jamun and Lyagcha is that of its shape. Lyangcha is always cylindrical in shape and is prepared in a similar manner as Gulab jamun. The boiled cylindrical pieces are soaked in sugar syrup once fully cooked and is savoured by many as it perfectly soothes one’s taste buds.

With their unique names and awesome taste, these Bengali sweets have proved to be the best among all the other tastiest cuisines offered by the state. Apart from these important sweets, there is a vast universe of Bengali cuisine that is yet to be explored and which are savoured by all.

I'm sure that the cuisine of Serbia must seem...
Read more
Asia

12 Best Street Food in Kolkata that you should try out.

Kolkata is the city of joy, culture and street...
Read more
North America

Fusions are something of an umbrella that is a...
Read more
Appetizers

Kerala, the city of the gods, is also known...
Read more

Somalia, located in the Horn of Africa, is an...
Read more
Previous article
10 Local Dishes For You From the Streets of Kolkata!
Next article
21 Traditional Dishes of Rajasthan You Must Try