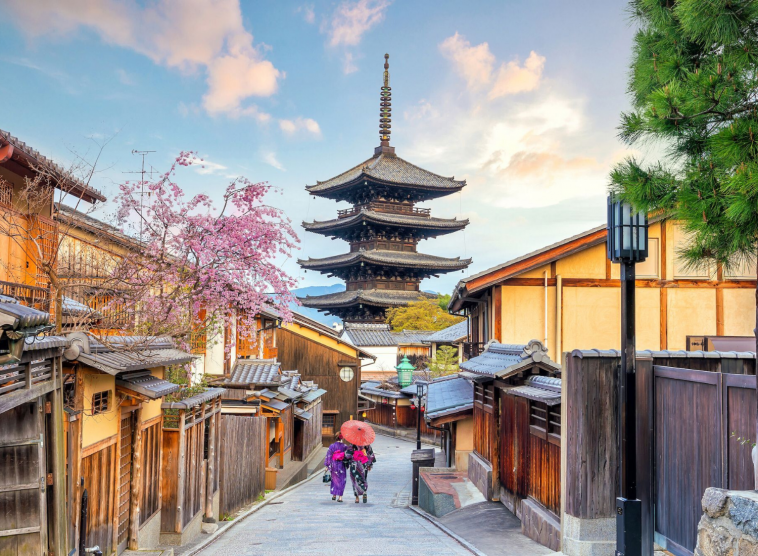 Your Kyoto trip isn’t complete until you’ve tried various kinds of luscious Japanese desserts. Kyoto is an excellent destination to satisfy your sweet tooth. Kyoto will never disappoint you with its variety of food, from salty to sweet and tradition to modern- it’s a great place to sample all the main classics of Japanese cuisine.  So, let’s explore the sweet heritage of Kyoto, Japan.

Taiyaki is a Japanese waffle-like cake baked in fish shape, with a sweet filling. It literally means “baked sea bream,” seabream is supposed to bring happiness. Two parts of a fish-shaped mold have the batter poured into it, followed by a filling. The most voguish filling is red bean paste, while other common fillings may be chocolate, cheese, sweet potato, custard or whipped cream. Taiyaki is one of the most-sold snacks and can be found in supermarkets or at matsuri (traditional festivals).

Yatsuhashi is a local delicacy in Kyoto, the most popular sweet among the locals and the visitors to Kyoto. It is made from rice flour, sugar and cinnamon (or nikki in Japanese). The mixture is then steamed and then baked to create a crisp, cookie-like texture, filled with red bean paste inside and many other flavors like matcha, black sesame, cherry blossoms, green apple, chocolate, mango, peach, and so on. Still the most famous, however, is raw Yatsuhashi (Nama yatsuhashi) with soft, malleable texture.

These colorful sweets, wagashi, are an integral part of the Japanese cuisine and are typically enjoyed with a cup of tea, especially Matcha.  This traditional fastidiously shaped sweet makes us explore a different, sweet side of Japan. The basic element of wagashi is a bean paste which is made of beans and sugar. There is a variety of Wagashi for one to taste but at the same time, they are limited to seasons and techniques. They are mostly shaped like flowers and fruits but sometime you will see wood or bird-shaped wagashi too.

Nanafu is a traditional Japanese delicacy principally made from highly refined wheat gluten which is rich in protein, combined with short-grained mocha rice flour, and then steamed. This gluten cake itself has no distinct flavor, as according to traditional Japanese cooking, no single flavor should take a central stage, but altogether should relish one’s satisfaction. You can savor it with sweet Miso sauce in Kyoto.

Kurumi is a traditional recipe prepared by combining mocha which is a sticky rice cake and the filled or coated with a creamy walnut sauce. This traditional syrup or sauce is an origin of Iwate prefecture. These too have many seasoning variations and pastes for mocha in Japan. The most famous ones are sweet red bean paste (Azuki), soy powder and sugar mung bean paste (Zunda), etc. The walnut paste is made with roasted walnuts, giving it a sweet and creamy texture.

Hanami Dango is made with sweetened rice ball dumpling on a skewer. Each dumpling has its own distinct color, mainly pink, white and green. These striking colors symbolize different seasons like Pink for cherry blossoms, White represents the snowy winters, and Green the young grass. The sweet is named after a popular tradition of Hanami, meaning flower viewing, therefore, a sweet start to mark the beginning of spring.

This traditional Japanese dish is well-known for its slightly thicker and jellied consistency, made from agar, sugar, arrowroot powder, water and adzuki bean paste or red bean paste. But now, you will find Yokan made of white beans paste too, or for additional flavors, fruit or chestnuts are added. They are of two types mainly: neri yokan and mizu yokan. It’s a well-balanced dessert with sweetness and lots of protein.

Mizu Manju is a Japanese dessert that is traditionally eaten during summer. Mizu means water and Manju that is a cake usually made from flour or rice powder stuffed with red bean paste. Here the exterior or the outermost layer of mizu manju is made from Kuzu starch, which makes the cake translucent or with a jelly-like appearance. This light water-like dessert is mostly preferred with a red bean filling by the locals.

Kompeito is a Portuguese word and commonly refers to types of sugar candies. This sweet delight was introduced to Japan in the early 16th century by Portuguese traders. Kompeito uses a lot of sugar, making it very expensive. Ryokujuan Shimizu is a store in Kyoto which deals only with Kompeito. 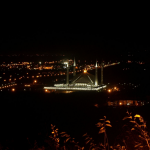 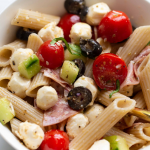