Japan is known as a hub of distinct gourmet. The nation serves cuisine similar to no other nation. Containing both savory and luscious items, Japan is truly a wonder for foodies.

One generally serves it in small quantities as a side dish. Tofu, spring onions and wakame seaweed are some toppings added to give it more texture. It largely consists of Miso paste which gives it a deeper flavor.

Shabu Shabu is a mouth-watering traditional Japanese dish made of meat, veggies, and tofu. It is boiled in water to make a thick broth and is accompanied with a variety of dips.

Tamagoyaki is a Japanese variant of an omelet. It is rolled up like a crepe and divided into individual pieces. It also shows up in sushi bars as an individual dish.

Sashimi consists raw meat and raw fish sliced into thin pieces and is often preferred to be eaten with soy sauce. 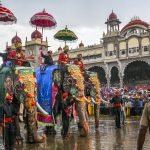 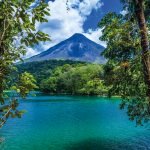