The culinary scene in Taiwan is pretty diverse. You could be in the mood for fine-dining or just grabbing a snack for the road, there is something for everyone. A tourist will never feel disconnected from the culture here. It is welcoming for all. So if you’re in Taiwan, go through this guide to be prepared for when you’re at the night market for a meal. Here are 14 dishes you need to try out in Taiwan!

It is a noodle soup made of stewed or red braised beef, vegetables, beef broth, and noodles. Sometimes in Taiwan, it is considered the national dish and Taipei has an annual Beef Noodle Festival. The Taiwanese version of these noodles is the best one.

It consists of an omelet with small oysters as the main filling. Usually, potato starch is mixed into the egg batter, giving the egg wrap a thicker consistency. Pork lard is often used to fry the omelet. Chili sauce mixed in with lime juice is often added in to give the dish that spicy boost.

This is one of the most comforting foods in this list. It is served with shallots and hard-boiled eggs. Shaoxing wine, soy sauce, garlic, spices, and mushrooms are added to the pork belly during the cooking process and this soup is thickened before it is ready to be served along with steamed rice and blanched vegetables.

Dan bing is a traditional breakfast food of Taiwan that is sold by street vendors each morning. It is the Taiwanese street-food answer to a breakfast burrito. So to sum it up, it is a thin crepe topped with an egg. There are multiple variations to it based on your preferences. Soy paste and sweet chili sauce are the more traditional sauces, but you can also try the oyster sauce, hoisin sauce, or even ketchup. It is served in a roll form.

It consists of a slice of meat that was stewed and other elements between flat and steamed bread which is called lotus leaf bread. The typical filling for this dish is a slice of red-cooked pork belly, usually dressed with stir-fried suan cai, which is pickled mustard greens, peanuts, and coriander.

This is a dish that everyone has heard of, but very few have tried. Stinky tofu is fermented tofu with a strong odor. The traditional method of producing stinky tofu is a brine made from fermented milk, vegetables, and meat. It is generally sold at night markets or stands as a snack, or for lunch as a side dish at lunch bars.

Hotpot traditionally comprises a simmering pot of soup stock at the table. While the hot pot simmers, ingredients are added into the pot and are cooked at the table itself. It is very common to eat the food with a dipping sauce consisting of shacha sauce and raw egg yolk in Taiwan.

Ba-wans are adorable glutinous dumpling-like balls wrapped around a fistful of minced meat, shiitake mushrooms, and bamboo shoots. The dough is made out of corn starch, sweet potato starch, and rice flour, giving it its sticky and gelatinous texture. Ba-wans are initially cooked by steaming but deep frying them is an option too.

Congee is a kind of rice porridge that is popular in many Asian countries. When eaten plain, it is often served with various side dishes. In Taiwan, congee is primarily made out of rice and water. Sweet potato can be added for taste.

Iron eggs are a specialty in Taiwan. These chewy eggs are dyed black from long braising in soy sauce. They are very addictive as well. They are often made from quails’ eggs.

Oden consists of several ingredients such as boiled eggs, daikon, konjac, and processed fishcakes stewed in a light, soy-flavored dashi broth. The Taiwanese oden uses many local ingredients, such as pork meatballs and blood puddings. More recently, oden is being offered in convenience stores where it is sold as guāndōngzhǔ.

This ice-cream burrito is ideal for a hot day. The Runbing acts as a wrapper around vanilla ice cream and topped with crushed peanuts. As a savory snack, Runbing can also be stuffed with bean sprouts and pork, or other preferred meat.

Pig’s blood cake is served on a stick at market stalls in Taiwan. It is made out of pork blood, sticky rice, and soy broth. It can be either fried or steamed. Can be coated in peanut flour as well. It is usually eaten as an afternoon snack.

AiYu Jelly is one of Taiwan’s most popular summer drinks and desserts. It is commonly sold at the night markets. The aiyu seeds are placed in a cotton bag, and the bag is submerged in cold water. A gel is extracted from the bag of aiyu seeds as it is squeezed and rubbed.

Sishen soup is a traditional Taiwanese dish prepared with herbs, pig stomach, and lean pork or pork spareribs that are simmered in water or pork stock. It is a medicinal soup. It has many variations and is also found sold as a packaged item.

Also known as o-a-mi-suann, oyster vermicelli is a kind of noodle soup popular in Taiwan. Its main components are oysters and misua, which is Chinese vermicelli. A tan-brown type of vermicelli that is used for this dish is made with wheat flour and salt. The unique color comes during the steaming process which caramelizes the sugars in the dough. This allows it to be cooked for longer periods.

Scallion pancakes are one of those traditional Chinese dishes that will please a crowd. They are pan-fried so that they get nice and crispy on the outside. The sign of a good scallion pancake is the flaky layers of dough you find on the inside of the pancake. It gives the pancakes a light airy quality in the center so that it doesn’t feel as if you’re biting into a dense cake. 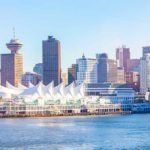 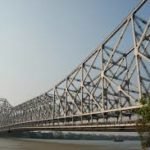