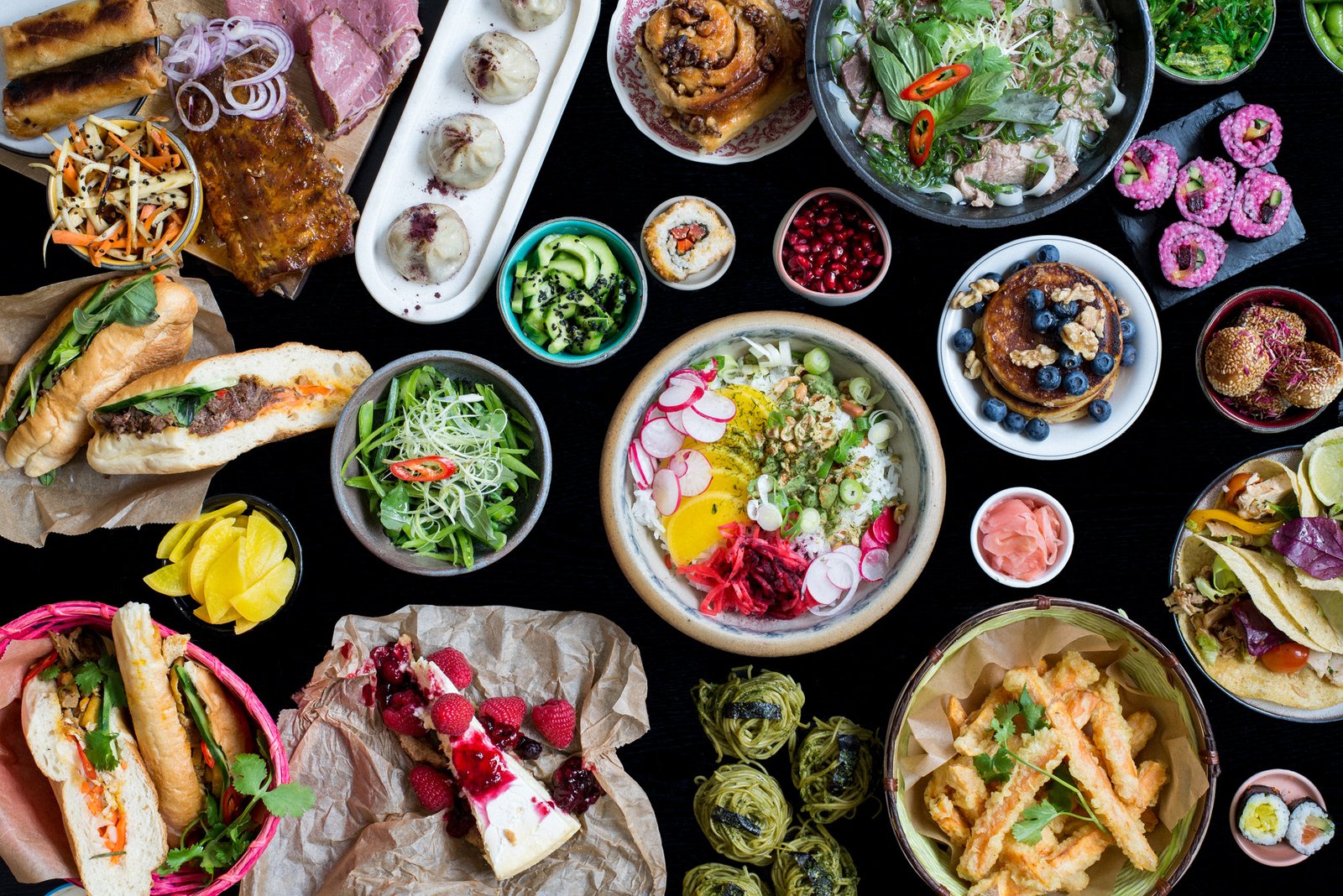 The United Arab Emirates is a cosmopolitan country that offers various attractions for tourists all around the world. Apart from the places worth visiting, tourists enjoy the tasty traditional food as also the cuisines offered by the country.

The traditional food of the UAE is rich in taste because of the kind of spices used in preparing a particular dish. There is maximum usage of spices just like the Indian food items.

Arabs are used to consuming a lot of meat which consists of sheep and goats as also fish, vegetables and rice form a main part of the daily course. During occasions like that of EID and other festivals, Arabs prefer camels to make their traditional UAE dishes.

Manousheh falls amongst the category of UAE specialties as its the apt choice of most tourists looking for traditional specialties. Manousheh we claimed as the local pizza which can be a perfect pick for starters or breakfast.

Manousheh serves as the traditional dough based Manoushe snack in UAE. Manuosheh is basically a flatbread filled with iconic toppings like herbs, vegetables, and cheese, most essential ingredient here is meat. Manuosheh made using lamb meat are preferred by tourists and locals. This dish is a secret spicy mystery that will leave our tastebuds guessing.

Chelo Kebab traces its origins from the Qatar dynasty and is considered as the national dish in the entire Gulf province. Chelo Kebab is another name for mouthwatering popular food in UAE. The Chelo kebab is a combination of basmati rice, boiled herbs, basil, onions, grilled tomatoes, and the juicy kebabs patted in butter.

This dish has variations in terms of spices and the kind of meat used in the context of the kebab. Sometimes this dish is accompanied by a traditional beverage which is a yogurt based drink called ‘doogh’. Chelo Kebab definitely seems like a dreamy delicacy in one’s plate.

Hummus is not a dish but a famous dip that is preferred all over UAE and the Gulf countries. Hummus is made by mashing chickpeas and combining it with olive oil, lemon juice, tahini paste, salt and garlic for appropriate taste to form a mixture of all these elements.

This Hummus dip is considered as a very important part of Arabic cuisine. It is served with other dishes like pita bread or shawarma. Hummus is the apt choice because of its unique taste and is perfect finger food in the UAE. Hummus very rarely can be found in variations, but a different method to garnish it is used, sometimes with chickpeas, cheese or coriander leaves.

Al Machboos is a very famous traditional dish of UAE, as also one of the favourite dishes across the gulf area. The zesty flavours of this dish leave an amazing taste and attract consumers. Rice, Onions, and meat along with lemon form to be the main ingredients of this dish. Other dressing includes spices and salt. The ingredients are separately cooked, boiled, fried and then bought together to form a perfect combination of Arabic cuisine. Al Machboos gives a heavenly feeling when tried with raita. Though the dish looks quite simple and artless, its taste surprises the consumers.

Fatteh literally means a combination of crushed elements or crumbs. Fatteh consists of three layers, first the foundation at the end which is formed using bread which is soaked or sometimes sliced and placed in a container, second layer is formed with chickpeas and stuffed aubergines(tropical egg-shaped fruit) and finally the third layer is formed with yoghurt and tahini sauce which is added as a topping.

The favourite part of this dish is its garnishing which is done with parsley, pine nuts and paprika as also sometimes with roasted almonds and sheep butter. Fatteh can be made using different variations as also meat fatteh are the most preferred combination in UAE.

‘Qahwa’ is basically the traditional name given to Arabic coffee. Qahwa is the traditional end to any meal in the Middle Eastern continents. It is made from pure Arabic coffee beans and its specialty is the flavours, it is available in. It tastes bitter and generally, no sugar is added to it to enjoy the qahwa with its full essence. It is stored in a dallah ( traditional pot) and is served in small cups without milk and can be later flavoured with spices ranging from saffron to cardamom.

Read also – 25 Famous Dishes from Bihar you should Taste

Traditionally a kebab, shish tawook is served with a different twist in UAE. Shish Tawook is like one of the mainstays of Middle Eastern countries. This dish is prepared with marinated chicken in a mixture of spices and cooked in a tandoor oven.

Shish Tawook has a different charm of consuming it when served with pita bread. When sandwiched with bread, it perfectly soothes one’s taste buds. Perhaps it tastes even the best when served with garlic dip, fries, pickles and garnished with coriander leaves and lemon juice. Almost every small and flashy restaurant in the UAE city offers this dish.

Dates are another important element commonly found in middle eastern countries. These juicy dates flash memories of jammy, sticky, cockroach-looking and oval-shaped yumminess. Dates are often called out as ‘khajur’. These dates are used for various purposes, some are dried while some are used for making other food dishes. The UAE dates have come up with a new version like that of stuffed dates and chocolate dipped dates. These dates are stuffed with finely sliced almonds, nuts, and pistachios and have greatly savoured as mithai.

Stuffed Camel meat is a very amazing dish found in UAE. It is not only popular among the local food items but is a very important part of the wedding ceremonies and is the traditional essence of UAE. It is said that the dish got well known after it was recorded in the Guinness book as the largest dish. This dish includes roasted camel meat stuffed in various other food items to form other authentic dishes like kebabs, koftas and much more. May it is stuffed bread or a salad, Arabs prefer camel meat on special occasions.

Shawarma is the most eaten food across the Middle East. It is known as the popular local food easily available. Shawarma basically is bread stuffed with various fillings that include meat, vegetables, sometimes fries. Different food corners offer it in a different manner. The taste and procedure of preparation may vary from one place to another.

Variations in shawarma could be mostly seen in terms of meat usage like in the UAE shawarma is made using not just chicken but also turkey, beef, goat, lamb etc is also prefered. With tender strips of chicken or meat flavoured with various spices, cooked on rotating skewer and then crammed into flatbreads full of crunchy lettuce, mayonnaise or other sauce and sometimes yoghurt is also used as it forms a great substitute for fillings used in shawarma.

Falafel is a cessation for all vegetarians in the United Arab Emirates. This dish comprises a deep fried ball or a patty made from chickpeas. Falafel is a delight consumed as a local food item or a prefered evening snack by the tourists and the local people.

People just love to relish this dish. Falafel is sometimes paired with pita bread, vegetables or some kind of dip to have an auspicious dinner experience. Falafel is common among street food and is often combined with hummus, salad and other dipping sauces.

The Arabic cuisine is a result of a combination of diverse cuisines. The most essential ingredients in every Arabic meal and all the countries in the Middle East are the country’s hospitality and generosity. In essence, the food here today is the culinary picture defined by its past.

Read also – 13 Vegetarian dishes you must have when in varanasi

Kyoto is a city situated on the island of...
Read more
Beverages

5 Mocktails To Take Your Taste Buds On A Wild Ride

Mocktails are something we live for in this hot...
Read more
Asia

Numerous health advantages of turmeric have been identified by...
Read more
Asia

Japan is known as a hub of distinct gourmet....
Read more
Desserts

Something fresh is coming your way from us. These...
Read more
Previous article
12 Most popular Street Foods of America
Next article
21 Delectable Dishes to Try When You are in Goa