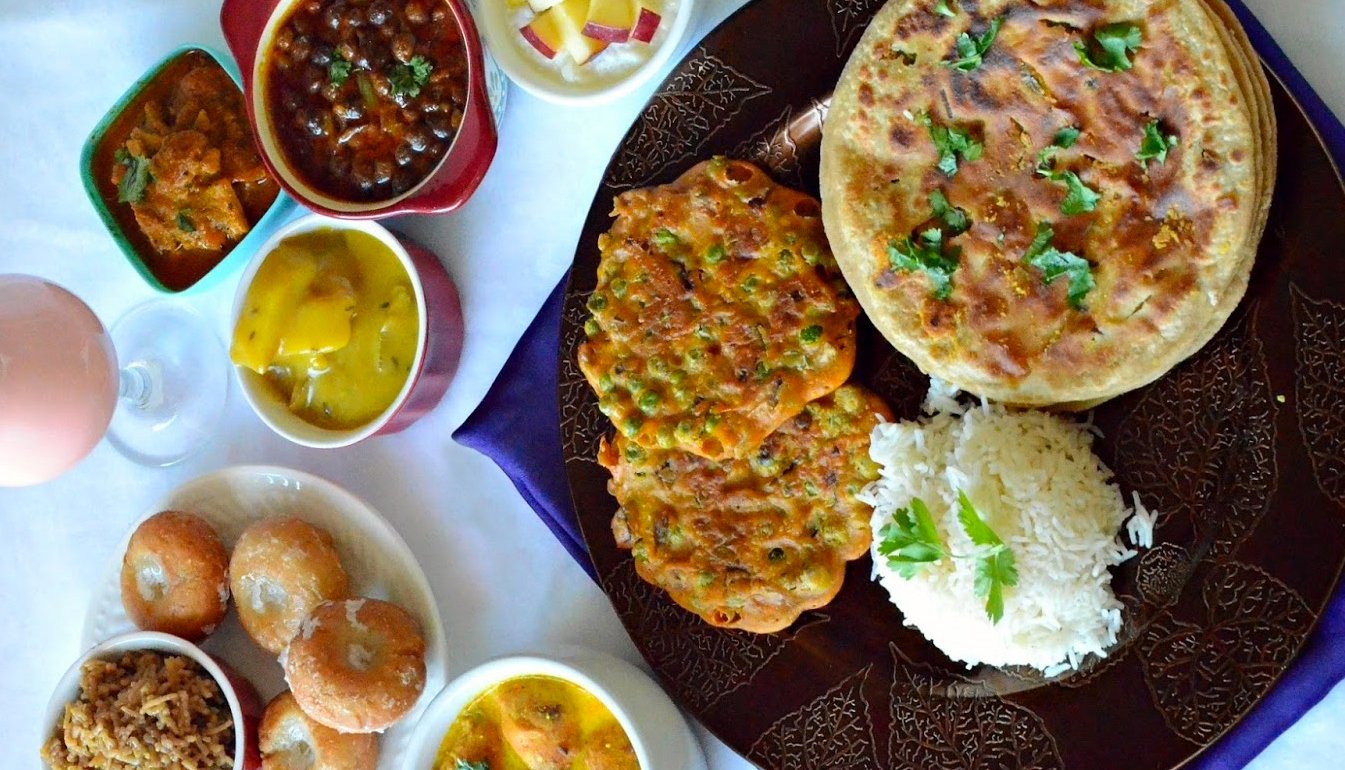 Bihari cuisine had a different type of food items in it owing to the different cultures and tribes present in the state. The food from Bihar is eaten by people from neighbouring states like Uttar Pradesh, Jharkhand and West Bengal. While Litti Chokha is the most popular dish from Bihar, there are other great dishes to taste as well. Bihari cuisine also includes many dairy items throughout the year. Here are 17 dishes for me Bihar that should be tasted when visiting Bihar.

Thekua is the most important part of the Chatth festival in Bihar. It is a part of the Prasad in Puja. Thekua is dry sweet which is also popular in Jharkhand, Uttar Pradesh and West Bengal. Wheat four and sugar are the main ingredients of Thekua. Sugar is sometimes replaced with jaggery. It is one of the most popular items from Bihar and should be on everybody’s list who is visiting Bihar.

Sattu (Gram flour) drink is a refreshing drink in Bihar. It has its own version in Uttar Pradesh and Punjab. Sattu drink is made by mixing sattu with bay leaves and roasted jeera. It is loved by people all around India and it feels greatly refreshing especially during summers.

Anarsa is a pastry like snack in Bihar which is associated with the festival of Diwali. The ingredients of Anarsa are jaggery, ghee, rice and poppy seeds. It is popular in Bihar as well as in Maharashtra.

It is one of the staple delicacies of Uttar Pradesh and Bihar. Kadhi is the gravy and badi is the pakoda and both of these are made with besan. The gravy also contains yogurt. Kadhi badi is served with puri or rice.

Balu Shahi is a dounut-like sweet dish of Indian origin. It is made of all-purpose flour and dipped in thick sugar syrup. It is disc-shaped. Balu Shahi is not only a popular dish in Bihar but is also popular in South India in a form of variation.

Dal Pitha is a traditional wheat flour dumpling filled with lentils and is shaped liked Gujiya. It is served with tomato chutney or green chutney and is a common household dish in Bihar.

Shakarpara, also called Khurma, is fried maida ball dipped in sugar syrup. Sugar syrup crystallises on the maida balls and gives it white dust like texture from outside. Khurma is a popular dry sweet item in Bihar.

Kala Jamun is a variation of the gulabjamun. Sugar is mixed in the batter and after frying, the sugar caramelisation gives it black colour. It is one of the favourite sweet items of people in Bihar.

Til laddu is an important part of Makar Sankranti in Bihar. Til (sesame seeds) and gud (jaggery) is used in the making of Til laddu. In some households, it is also eaten as a prevention from cold.

Daal pudi is normal pudi filled with lentils and spices. It is an important part of Prasad in puja in Bihar. It is very popular in neighbouring states as well. Dal definitely has a homely taste attached to it.

Malpua is a popular sweet in Uttar Pradesh, Bihar and Rajasthan made of maida, semolina, milk and yogurt. It is later added in Sugar syrup. In Bangladesh, West Bangladesh, Nepal, Odisha, Maharashtra, fruits are also added in the batter of the sweet. The dish, due to its great taste, deserves to be on every foodie’s list.

It is a dry sweet snack popular during the time of Dussehra in Bihar. Kneaded dough is deep-fried and dipped in sugar syrup to make Lattho or Laktho. It is almost similar to the aforementioned dish, Shakarpara.

Makhana kheer is a famous pudding originated from Bihar and widely popular in other neighbouring states. It is a sweet, creamy dish which is made from Makhana added in milk. Kheer is generally made in other states with rice. Makhana kheer is one of the best desserts in India and should be tried at least once.

They are an essential part of Bihari weddings. Gaja are sugary paneer- like sweet which is a popular sweet item in Bihar and is also known as Tikiya in some places. Gaja totally satisfies people with a giant sweet tooth.

Khaja is a patty like sweet dish which is filled with sugar. It is a dry snack which is popular among people of Bihar. Its origin is both Indian and Nepali. Khaja from Silav is very popular in other states as well.

It is a traditional sweet from Bihar which is very similar to Gujiya. It has a hard covering of maida and is filled with sweetened khoya. Pedakiya tastes like heaven for people with a huge love for sweets.

Bihar has equally good non vegetarian food and Sarso masala machli is one of the most important in it. Mustard and spices like coriander, cumin, black pepper and chilli powder are added to the fish curry. These spices roasted along mustard seeds give the dish a great taste and one must try this combination of spices.

Mutton chaap is a hit among the people in Bihar. It is a little spicy because of the different spices added in the curry. It is especially eaten on Holi with Pua or rice. If you are visiting Bihar, you have to taste the combination of Mutton chaap and Pua.

Fish from ponds are fried and eaten with roti or paratha. It is crispy and its great taste is a treat to the tongue. The fish is firstly marinated with turmeric and salt for a few minutes and then deep-fried in a pan until becomes crisp from outside and juicy from inside.

Chaap litti is an interesting combination, different from the regular Litti Chokha. Meat is deep-fried in tata and served with litti. It is a popular dish in the streets of Bihar and deserves a try.

Bihari chicken has a great taste and is available all over Bihar. The unique taste comes from onions, tomatoes and several spices. Every non- veg lover will surely love this dish.

Suran (Elephant Yam) is loaded with protein and antioxidants. It is used to make several dishes in Bihar. Chutney made from Suran has a very different taste from regular chutney which makes it a must -ry item.

Teesi Chutney has great flavours along with health benefits. It is made of flax seeds and also has added mustard seeds and lemon. Teesi Chutney and rice make a good combo. Anybody travelling to Bihar should try this combination.

Chana (Chickpea) is first boiled and then, lots of spices are added to it. It is later garnished with tomatoes, onions and coriander leaves. It is a filling and healthy snack in Bihari households. 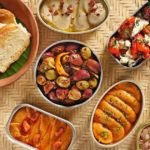