13 Dishes of Vancouver You’re Gonna Fall in Love With!

One of Canada’s densest, most ethnically diverse and bustling cities is Vancouver. The west coast seaport in British Columbia is not only famous for the filming locations but is also famous for the delicious cuisine. The following are some dishes without trying which you shouldn’t leave Vancouver.

The fresh-water salmon fish are smoked until they become jerky. They are then coated with something sweet like sugar, maple syrup, brown sugar with a little bit of kosher salt. Since maple trees are found in abundance in Canada, maple syrup is generally used in this. The juicy and sweet taste of the candied salmon just melts in the mouth. It is nice and firm and has a glossy golden-brown appearance. The candied salmons are found almost everywhere in Vancouver.

The BC Spot Prawns are one of the largest species of shrimps that are found on the west coast of Canada. The Spot Prawn Festival held in May is specially celebrated to enjoy the various ways in which fresh prawns is cooked and served. The kimchi-fried spot prawns, spot prawns sashimi, spot prawn crudo, spot prawn ravioli, brown butter spot prawns are a must-try.

The winter season of Vancouver facilitates an amazing weather for the presence and enjoyment of the west coast oysters. The freshly shucked oysters can be enjoyed at numerous places in all corners of Vancouver. Fried oysters, oyster sandwiches are some of the dishes that can be enjoyed.

Maki-zushi (roll) is a kind of sushi. It contains barbecued salmon and cucumber. Some of the salmon skin contains sweet sauce while others contain mayo. This is something every sushi lover should try when they’re visiting Vancouver.

The dish of French fries, cheese curds and gravy is a complete delight. The French fries are covered and dipped in the cheese and gravy. Sometimes turkey, chicken pieces are added to it to make it even tastier. This Canadian dish has a large fan base across the world.

This quintessential treat of Canada is a sheer delight. The sweet, buttery and caramel-y tarts are made of just pastry shells, butter, sugar, syrup and eggs. the pastry has a semi-solid filling with a crunchy top. After all, who doesn’t love a great-tasting tart?

The smoked meat is made by salting and curing the beef brisket with the spices. It is a type of kosher-style deli meat product. The smoked meat sandwiches are pretty famous.

This Canadian meat pie dish is made of minced meat such as pork, chicken, beef and potatoes. The dish derives its name from the vessel the pie is cooked in. The slow-cooked deep-dish meat pie is a traditional part of Christmas. In coastal areas fish such as salmon is used instead of meat.

The Nanaimo bar got its name from the city of Nanaimo, British Columbia. The dessert has three delicious layers, the base layer consists of wafer and coconut crumble, the middle layer is custard flavored butter icing and the top layer is chocolate ganache. Different icing flavors are used like peanut butter, coconut, mocha etc.

The Flapper pie is a vanilla custard pie which is topped with meringue. It is a staple of the Canadian culture. The main ingredients consist of graham cracker for the base, custard topped with some delicious meringue.

This snack is a favorite in Canada. It has the shape of a pizza but is cut into strips instead of slices and is made of the same dough as the pizza dough. Garlic butter, cheese, parsley, and bacon are the main ingredients. The strips look like fingers and hence the name. Moreover, the snack is baked in the corner of almost every pizza store.

Japadog is a chain of street food sellers that sells Japanese style hot dogs. The vendors started their business in Vancouver itself and now there are four locations in Vancouver selling Japadog. This most talked-about food truck sells hot dogs which helps you relish the sweet, salty and spicy flavors and tastes of kimchi, wasabi, seaweed flakes, teriyaki sauce, and miso.

Canada being the largest producer of Maple, maple products are available all across Vancouver. From maple syrup with pancakes to maple candy and maple syrup waffles, everything is a must-try. 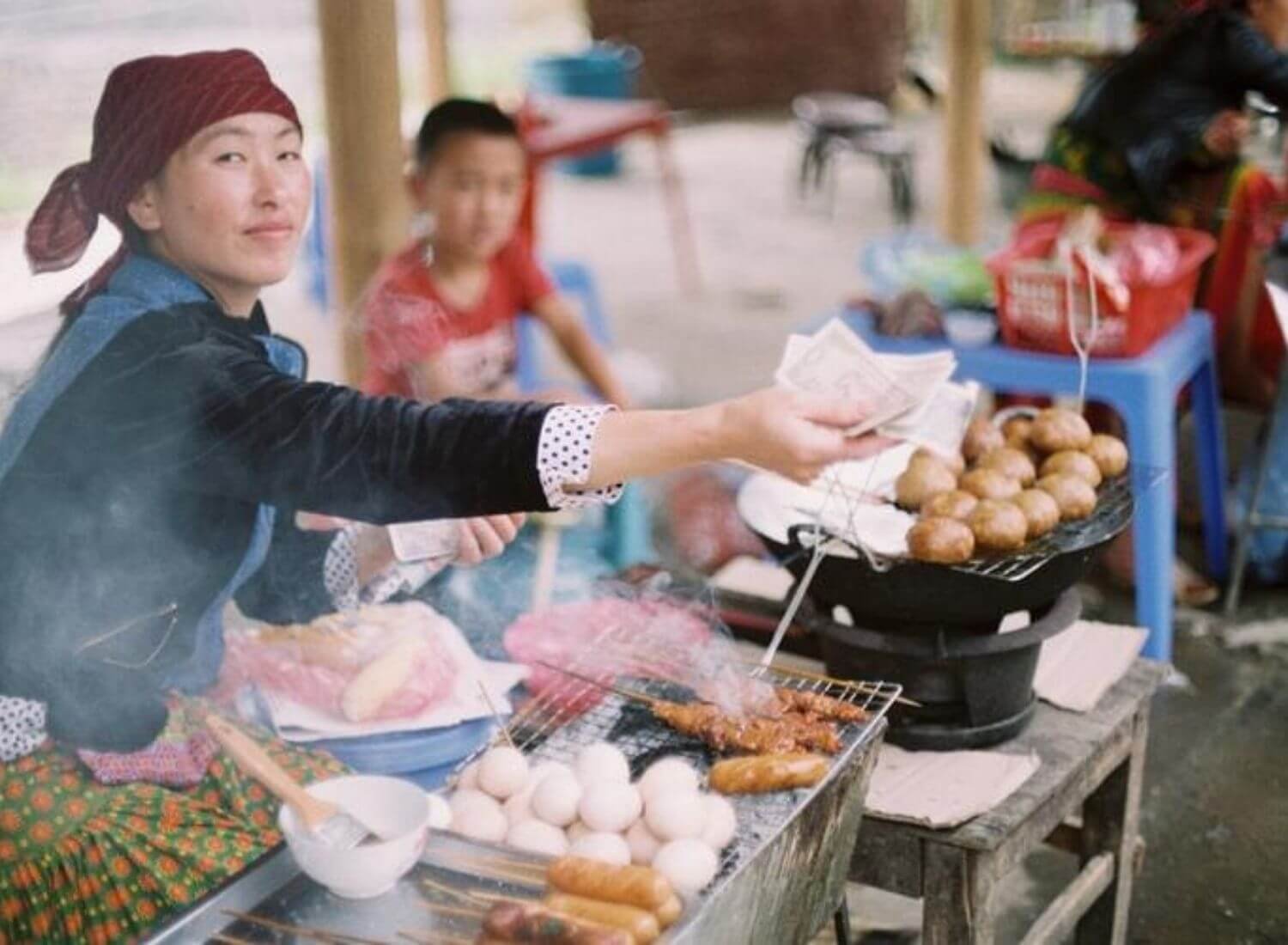 Mexican Delicacies That Even Jains Can Relish On!