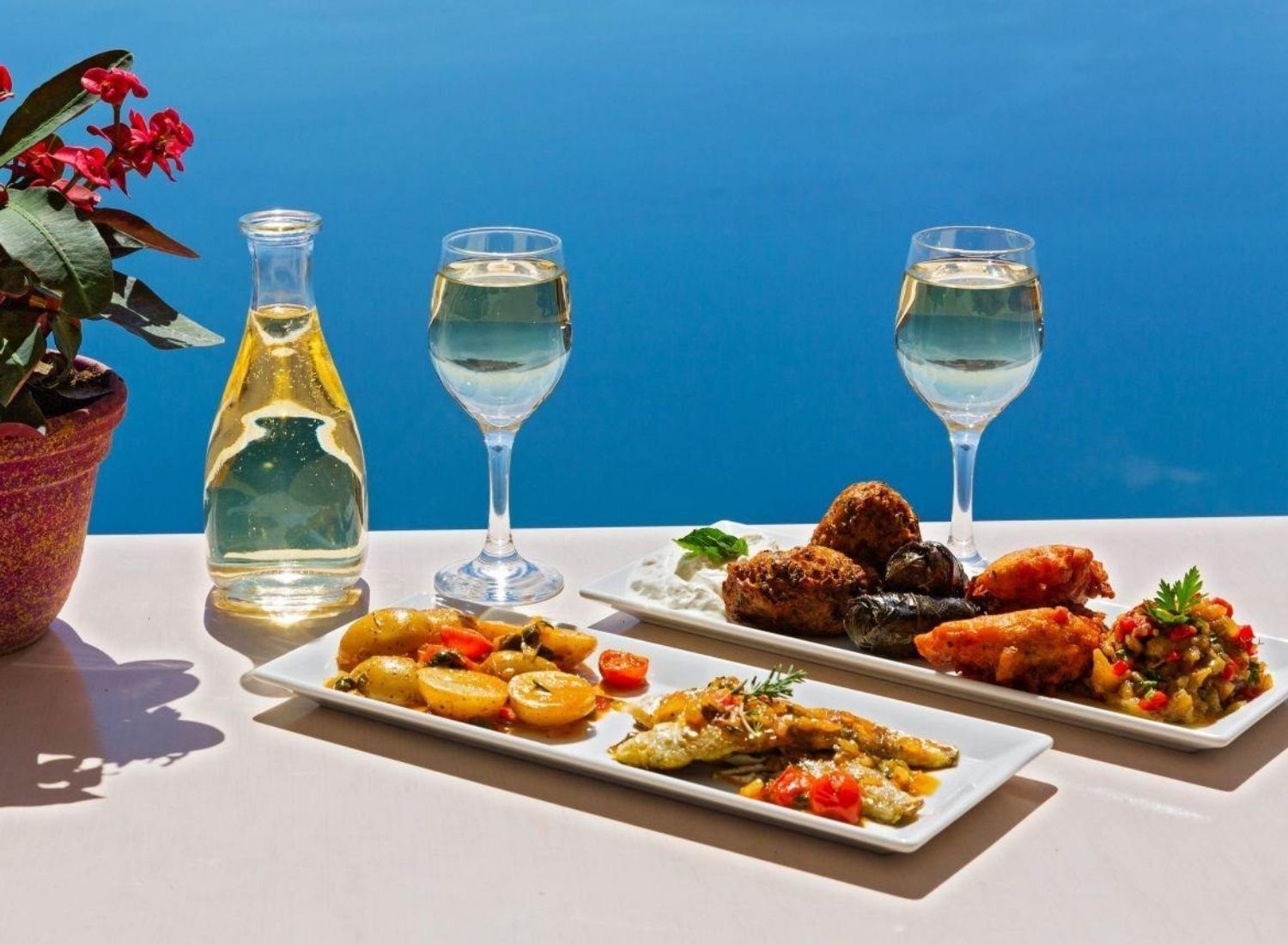 Traditional Greek cuisine is known for its refreshing flavors and quality. Flavors of traditional Greek food alter during the different seasons. Here are some best-known dishes you don’t want to miss out on when you visit Greece.

A gluten-free almond cookie widely popular in Greece, Amygdalota is a crunchy, chewy, delightful treat that only takes five ingredients to prepare. Almonds represent happiness, prosperity, and new beginnings, and therefore, amygdalota cookies will be prepared in most of the greek weddings and baptisms. These cookies are mostly made with ground almonds, egg whites, sugar, and rosewater or orange essence. It’s a perfect cookie and very much addictive!

These are flavor-filled tender meatballs that are widely popular in the spectrum of Greek food. They are mostly served as an appetizer or as part of a platter. They are usually fried, but also can be baked, seasoned with cumin, or baked with spicy tomato sauce. Keftedes is prepared with minced beef, pork, a mixture of both beef and pork, or minced lamb. They are delicious, crispy on the outside while remaining juicy on the inside – widely loved by all.

Baklava is a typical greek dessert and it’s known for its flavours. It is layers of crunchy phyllo dough with a catch of sugary spiced nut mixture and the whole of it soaked in a sweet syrup made with honey, lemon, and cinnamon. The baklava recipes may vary, but the common ingredients used are phyllo, sweet syrup, nuts, and butter. It’s a traditional dessert and the preparation can be a bit time consuming, but each recipe has its own version of flavours and it’s worth a try!

Tomatoes in Greece are fresh and an absolute delight. These are basically tomato fritters, made as an appetizer in Santorini, Greece. They’re filled with nutrients and full of flavors. The recipe is a mixture of tomatoes, flour, cheese, and onions – rolled into balls and fried in olive oil. A side dip of yogurt sauce brings in extra freshness to the fritters.

Golden and creamy flawlessness describe bougatsa. It’s a traditional Greek dessert made with custard cream wrapped in golden crispy phyllo, drizzled with melted butter with a touch of icing sugar and cinnamon. The flavors of bougatsa differ from regions in Greece. In Veria, bougatsa is sweet and creamy, while in Thessaloniki, it’s crunchy. This Greek food is a guilty pleasure you crave both during the day and late at night.

This is a well-known dish in traditional Greek food cuisine. Fava, it’s a flavor-filled puree with yellow split peas, onions, olive oil, and herbs. It gives a pleasant, delicious, and warm nature, and it’s also extremely healthy. You can serve the dish according to your liking, creamy or chunky. For better aptitude, serve your fava with feta cheese, diced red onions, sun-dried tomatoes, chopped parsley, or anchovies. Fava is also best matched with crusty bread or when it’s had as a side dish. A great addition to many other Greek foods, this dip remains a true must-try in this cuisine.

Ellinikos Kafes is a style of coffee embraced in Greece. The coffee is usually served in a traditional long-handled copper pot, which is known as briki in Greek. There are various levels or flavors for Elliniko. Here are the common ones: Sketos(Plain) – It’s a strong coffee and normally bitter. It’s also mostly a morning coffee, which helps you give a kick start.

The authentic salad is popular in Greek cuisine; it is a well-known Greek food all around the world. The salad is usually prepared with tomato, cucumber, olive oil, olives, and feta. We can say that it’s a straight forward salad full of flavors and nutrients. It’s a well known and popular dish in and out of the country. Interesting facts about this salad are, the salad uses no green leafy products; the salad is not mixed before served; the feta cheese is not cut but is kept as a large piece on top of the salad; olives are not sliced.

Pasteli is supposedly an energy bar, and it’s also eaten as a dessert – an important Greek food for many. It’s mostly made with two ingredients, honey, and sesame seeds. There can also be other additions like almonds, pistachios, or walnuts. In Greek tradition, people fast from animal products for about 180 days, and these bars are consumed during the time of fasting, typically acting as an energy booster.

This is something we all crave for – fried cheese. It’s crunchy, melted cheese. It’s mostly served as an appetizer in Greek cuisine and is a must-have among all Greek foods. Saganaki means dishes prepared in a small frying pan. Pan-fried cheese is one of the most loved appetizers. The cheese used for this preparation is Kefalograviera. It is then doused in lemon juice and honey, which gives us the ultimatum of flavors. The simplicity of this Greek food adds to the magic of Santorini. So if a trip to Greece is anywhere near, keep these in mind and enjoy the flavors! 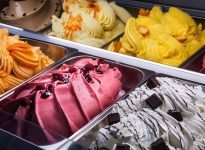