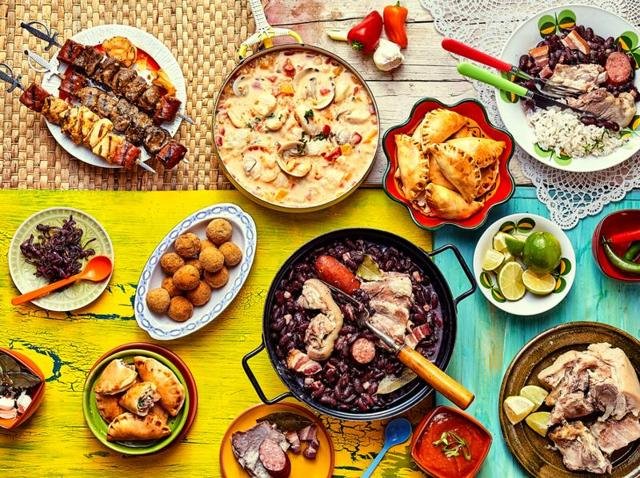 The Brazilian food is determined largely by the society, the customs and the traditions and the strong blend of the colourful culture. Brazilian cuisine introduces a different set of cooking practices that characterizes the traditions of Brazil.

The ingredients and the flavours of dish vary from region to region, reflecting on the mix of culture. Its cuisine varies because Brazil is said to be the melting pot of colours, in terms of its cuisine. Perhaps the various types of ingredients and flavours vary within geographical locations of Brazil.

In Brazil, breakfast of the local people is often fruit-based and refreshing, so indirectly the lunch is considered the main meal of the day and hence is the largest and the most filling.

Pao de Queijo is the Portuguese pronunciation for Brazilian cheese bread. It is spherical and usually small in size. Baked in pure minas cheese it is considered as a popular breakfast food in Brazil, as also the traditional Brazilian recipe.

Pao de Queijo has evolved since ancient times as that of the slaves but had only one difference that is it had no cheese in the spherical rolls, whereas now it is available as a proper cheese bread roll. Milk and cheese are the main ingredients of the dish. Inexpensive and easily available, Pao de Queijo is often sold on streetside stands, as also it is available in groceries, supermarkets and bakeries.

It is the Brazilian recipe, savoured all over Brazil. The type of dish is based on a saltwater fish stew. Moqueca forms an important part of Brazilian cuisine because it gives preference to a mix of boneless fish species like that of prawns, shark fish or even swordfish for that matter.

The moqueca dish consists of fish stew, onions, garlic and coriander. Practically, the procedure of cooking moqueca is very slow and it is cooked in a terracotta vessel container. Moqueca has two variations moqueca baiana and moqueca capixaba.

The Brigadeiros a traditional Brazilian dessert dish as it is a part of the culture and is also identified as a national icon of Brazil. The ones who have a sweet tooth this dish definitely touches their sophistication levels.

Brigadeiros can be easily made at home and are also available in cake shops. They are small in size generally shaped like balls which are covered with chocolate sprinkles and are served in a cupcake mould. These are available in different variations and held a very sentimental value to the fellow Brazilians.

Acaraje is originated from West Africa and now is looked upon as the flavoured dish amongst the Brazilian cuisine. It is a dish made using peeled beans formed in a ball-shaped structure and then deep-fried in palm oil.

Acaraje includes a filling which sometimes consists of only vegetables like onions, garlic, tomatoes, parsley clubbed together with spicy sauces, while generally the filling is made using prawns and other vegetables with variations in sauces are found in Brazil. It is served both as a religious offering to God in Brazilian culture as also a popular street food loved by all.

Terere is the most popular beverage consumed in Brazil. It is formed by the mixture of various elements and is so chilled that soothes every taste bud. Terere originally comes from Paraguay.

Terere is most probably consumed when the city experiences a warm climate, the drink is heavily believed to be consumed as a detox drink and also a non-alcoholic beverage. Lime, orange or even pineapple are used to prepare terere. Many people drink terere with added and garnished herbs which serve both as medicinal and refreshing.

The name ‘Cajuzinho’ itself suggests little cashew is a popular sweet dish in Brazil. Cajuzinho is literally shaped in a cashew nut shape. It is available in variations in terms of its shape and flavours consists of different fillings of dry fruits or sometimes peanuts, finely chopped which prepares for a perfect filling.

After given the shape of cashew nut, they are dipped in sugar granules and then served in cupcake moulds. Cajuzinhos are sometimes garnished with tiny pieces of cashew finely chopped which look like tiny biscuit crumbs. The most interesting fact about cajuzinho is that it is available for sure in every Brazilian party.

Mortadella comes from the Italian origin. It is a basically flavoured sausage which is made using pork meat. Mortadella is available in different variations as also is made up of turkey meat, chicken and beef meat. It is flavored with spices like black pepper, berries and pistachios. This juicy mortadella is used in the preparation of various other dishes like salads, hamburgers, subways etc.

Sarapatel or sorpotel is a dish of the Portuguese origin which is now common among the Brazilian cuisine. The main ingredients of this dish are meat. May it is chicken, pork, turkey meat, beef, goat or lamb meat, sarapatel is prepared and served in the unique Brazilian cultural style which is kind of similar to the dish prepared in Goa and the Konkan region. In Brazil, the usage of vinegar differs from region to region as also the doce shaped meat size differs. The sauce and the spices are different and are served with steamed rice or bread.

If you ever visit Brazil and wish to eat something baked, quindims the right choice. It is a popular Brazilian baked dessert, its mainly made using egg yolks, ground coconut and sugar to add a whole lot of sweetness. It is a typical custard and when served looks like an upturned cup. Quindim has no variations it is available with a glistening surface and is yellow in colour. Quindim can also be made in a large ring mould and can be served in slices using coconut shreds to garnish the base.

Feijoada is considered as the national dish of Brazil. It traces its origins from the Portuguese cuisine but the recipe for its preparation differs from country to country. Feijoada is basically stew prepared with beef or pork along with different veggies but beans being the most common in Brazil. So black beans and meat are the basic ingredients feijoada is made up of. The stew is best prepared over low heat in a clay pot. The spices and flavours involved in the preparation of feijoada give it a different blend. Feijoada is commonly served with rice and other side dishes like sausages, salad etc.

The blend of flavours and spices used in different Brazilian cuisine dishes brings the concept of “Brazilianess” among the local people in terms of food, culture and traditions. Upon visiting Brazil one will find that there are only variations of food that are found throughout the entire world. It is a pleasure to find food that is overly unique and that much delectable delights are yet to be discovered. 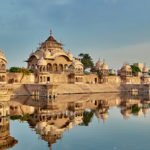 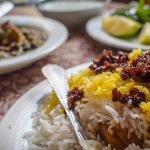